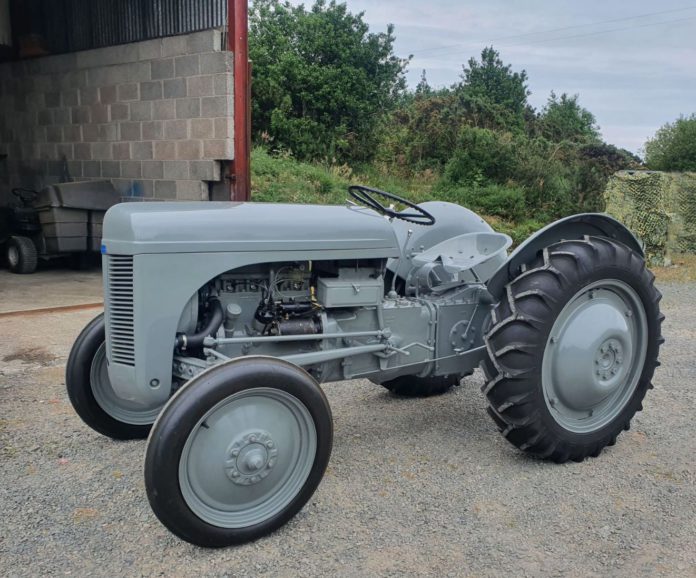 It takes patience, dedication, and unwavering attention to detail to restore a tractor to the standards of Ferguson TE20 owner, Colin Taylor.

He was always searching for an early TE20 from his home in County Down, Northern Ireland, and eventually stumbled across one in Norfolk.

The tractor turned out to be one of the earliest surviving examples in the UK, bearing the serial number 33.

“We had stumbled across the 33rd TE20 to roll off the production line just days into the first year of manufacture, 1946.”

According to data, there were 321 TE20s manufactured from June to December in 1946 so this would place this vehicle within the first few weeks of production.

However, some of the castings can be dated to May 1946, almost a month before the first tractor was completed.

Because of its rarity and significance, he decided to restore the tractor with only original parts where possible.

He explained that the tractor was a “rough runner” with a knocking engine. In its later working life, it had been used to mow grass right into the early 2000s.

His restoration project began with research using photographs and web-based documents to piece together the vehicle’s history.

Taylor found out that the first examples off the production line, including Number 33, were demonstrator tractors used all over the country at shows and sold later through dealers.

“The pressure on the factory to supply dealers and to get returns on their investment was increased by huge logistical hurdles in a war-torn Britain.”

“Shortages of steel and parts meant Harry Ferguson had to compromise just to get the tractors out of the factory.”

“The intention was to use a standard engine from the outset but delays in development forced a switch to import Continental motor company Z120 units for the early examples – then the standard units were phased in in the later part of 1947.” 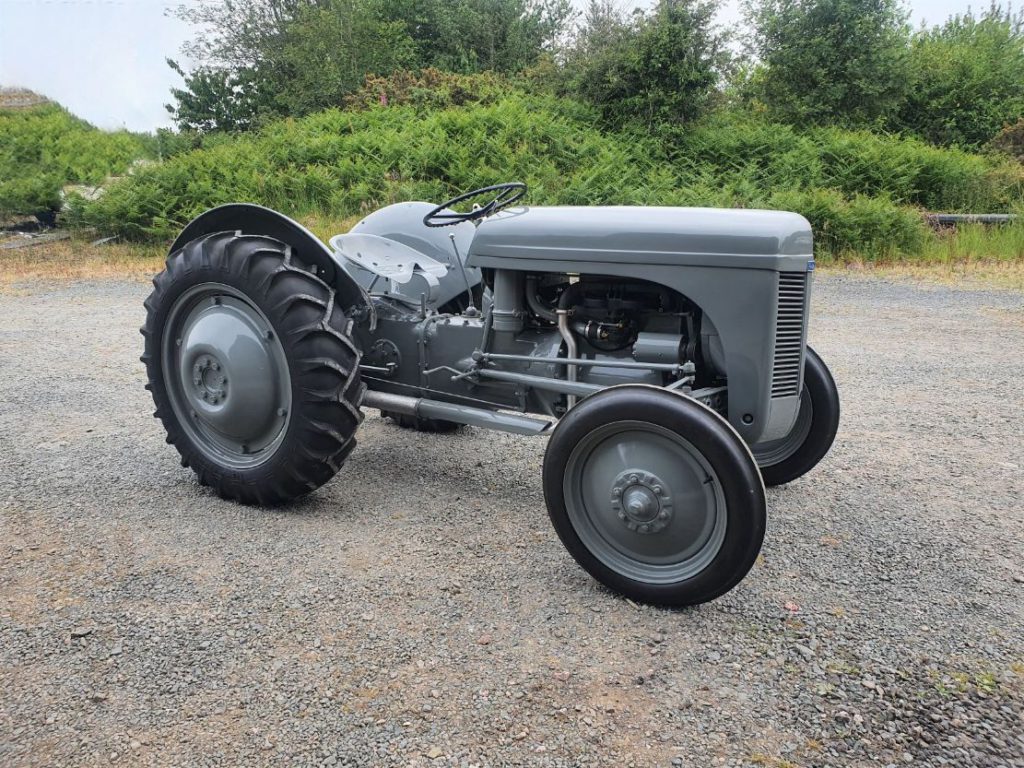 Other parts of the tractor, which are different from the later units, include the gearbox, which is cast iron rather than the normal Elektron alloy unit. This tractor’s gearbox is also stamped gearbox Number 33.

The internal hydraulic linkages were cast out of brass, which is much weaker than steel, and was likely a stopgap measure to keep production moving.

Several other differences are found on the brake pivots/linkages, check chain anchors and even the dashboard bolts, which have a slot head compared to the later captive splined bolts.

“The bolts on Number 33 are noticeably thicker on the heads and have the Bees Bolts logo on them – even down to the front axle bolts which have ‘unc’ thread compared to the normal ‘unf’.”

“The later slimmer headed bolts were obviously a material/expense saver.”

It took several years and a search that extended across Europe and into America for Taylor to track down the exact parts to restore the engine.

One of the biggest hurdles was the steering wheel. “The very early steering wheels are made of an alloy casting with thin pressed steel spokes.”

“It was extremely fragile and extremely rare today,” he added.

This proved to be almost useless, and most were replaced within the first few months of use as they were so fragile.

However, the wheel on Number 33 required major surgery and aluminium welding to repair it.

Other items which proved tricky to track down were the original style front wheel bearings, which are different to the normal TE20 ones.

“The early Dunlop tyres were another problem and almost impossible to find in sound condition,” he added.

It took the purchase of another tractor in Hereford to salvage this set. “I had to buy and transport the whole thing home, but it was the final piece of the jigsaw and had to be done.”

Taylor also set the rear wheel track to 48” so the combination is exactly as the early pictures show the tractors.

A few other smaller details are the angle of the fuel tap and petrol line. Also, the length of the HT leads, which Colin has matched to original pictures of Harry Ferguson on very early production tractors.

“Number 33 is now almost entirely original. Just about the only things that don’t date back to 1946 are the battery, fuel and oil.”

This piece of history will be on display at the Newark Vintage Tractor and Heritage Machinery Show on November 13th and November 14th.

- Advertisement -
Previous article
Farmer Time: I am already smitten with the big screen
Next article
Second-grade weanlings a shade easier at Ennis