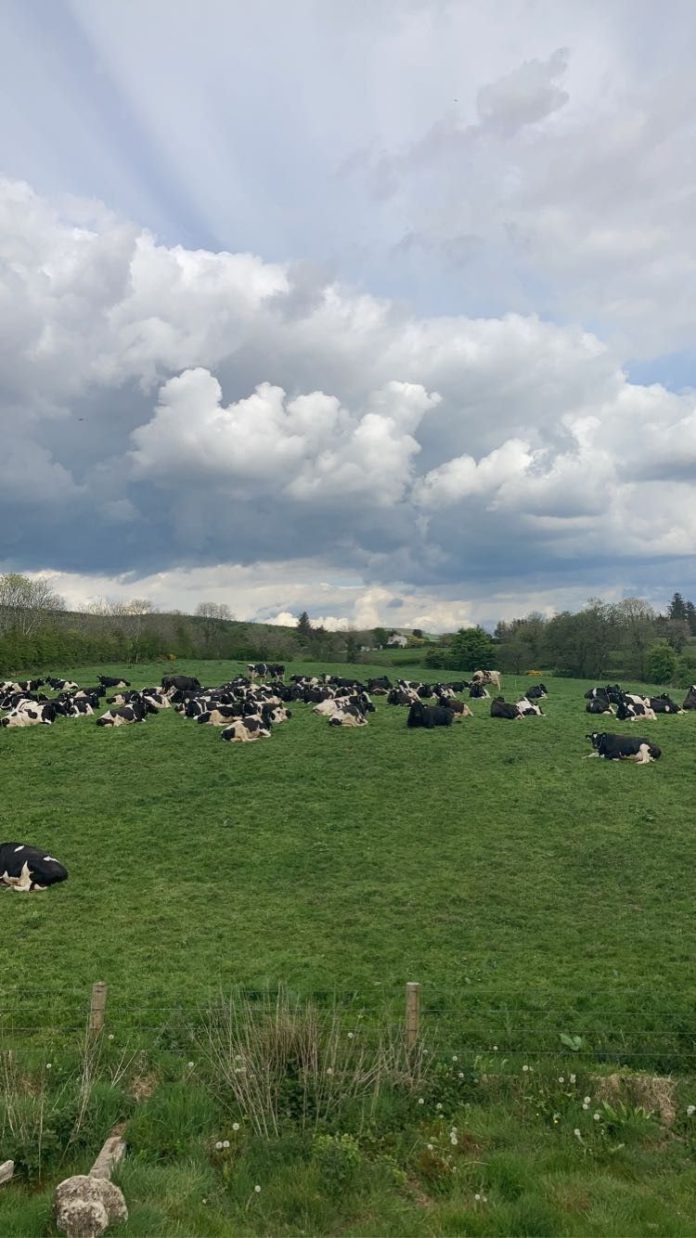 Fecarry Farm: ‘Dairy farming isn’t a job; it’s not even a good business’

The Patterson’s farm is divided into two businesses – a 100-cow commercial Holstein/Friesian dairy unit run jointly by David and his parents, Doreen, and Stephen and a 24,000-bird breeder layer unit operated by his brother, Iain.

The farm was purchased by his grandfather, Thomas Patterson, in 1953, shortly after he married Margaret.

“The farm was right beside my grandmother’s home farm, so she only had to move over the hedge. My grandparents originally farmed pigs, cows, sheep, and hens which seemed to have been the norm back in the 50s.” David told That’s Farming.

“My grandfather said that it was the hens that paid for the farm. However, when they were asked to build a larger hen unit, they had to, unfortunately, decline due to the amount of money it was going to take.” 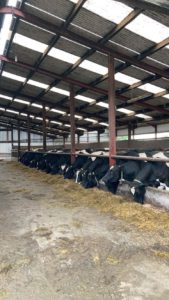 Gradually, cows became the leading enterprise on the farm, but it wasn’t until David’s father came home from school that a pipeline system was installed.

Previously, David’s grandparents milked all cows by hand. In 1990, the family installed a 6-point swing over Fullwood parlour that they bought second-hand. One decade ago, this was doubled-up with another second-hand 6-point parlour.

Furthermore, they invested in ACRs (automatic cluster removers) around six years ago, and last year, they moved to a new site and installed a 16-point swing over DeLaval parlour with feed-to-yield and auto wash.

“We were spending around six hours a day milking when all the cows calved down, which was too long for the cows and us.”

“We are currently milking 70 cows an hour through the new parlour. I think it will take around 80 minutes to milk 100. Our milking routine consists of pre-dip, strip, and post-dip, so this adds time to the process.” 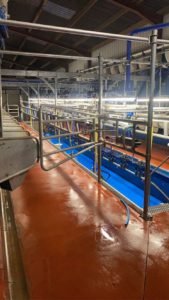 The Pattersons are mainly autumn/winter calving and will calve 90% of the herd between October and January. This system is suitable as the family’s land is heavy, and they cannot turn cows out early for a spring-calving system.

They aim to have as many cows calved and as many in-calve again as soon as possible before they turn the herd out to pasture in early to mid-April.

“Also, we graze all cows out during the day, usually from mid-April to around mid-October and graze partially at night during the peak grass growing months. Although we only keep them out until around 9 pm.”

“We offer a small amount of buffer and a top-up throughout of parlour feeders for later calving cows and high-yielders that need it.”

“During winter months, there is very little work that can be done outside. Therefore, we can concentrate on managing cows in terms of calving, breeding, and rearing calves during this period.”

“We put in our own silage and try and put out as much of the slurry as we can, so this system gives us the ability to do that.”

In February 2020, the family installed a SenseHub heat detection system, which is proving to be a game-changer on the Omagh farm.

“We also invested as we are moving to the use of sexed dairy semen only for the top 50% of the herd and beef for the rest.”

“This system gives us the optimum time for AI, which will allow us to get the timing right for sexed semen.”

Their current conception rate is 1.8 services per conception with a calving interval of 366 days and a replacement rate of between 15-20%.

“We used mostly sexed semen in 2019, just before we installed the heat detection system. I believe we can improve the conception rate with more accurate insemination timing.”

They rear all their own replacements and their current average age at first calving is 24 months; this has reduced by about three months over the last five years. The herd is currently averaging 8,300 litres annually at 4.2% fat, 3.38% protein and an SCC of 109.”

Fecarry Farm has been using selective dry cow therapy for the last four years now and is currently using sealers only on over 75% of the herd at drying off.

They have witnessed a notable reduction in their cell count during this period with their herd average over 200 once for the year.

“We have focused on all the basics with hygiene being number one. Cubicles are scraped, swept, and bedded with hydro lime and sawdust twice daily.”

“We milk record every month and monitor each individual cow’s SSC closely. This has enabled us to utilise new preventative treatments for SCC issues, helping us to reduce our antibiotic use on-farm further.” 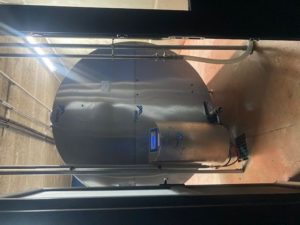 The plan for the next five years is to maintain herd numbers and improve overall herd performance and efficiency by continuing to target breed their best cows with the best available genetics.

Fecarry Farm is aiming to breed a slightly smaller cow with good strength, fertility, durability, and components. They have been liaising closely with Genus over the last four years and hope to achieve this through its GMS service.

Besides, they are also attempting to improve the quality of grass grown on the grazing platform and hope to begin measuring grass growth this spring.

“This is an area of weakness and one which we aim to improve going forward. The aim is to improve the amount of milk we produce from forage.” 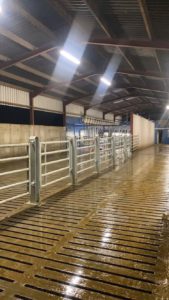 “Overall, I view Fecarry Farm like many others in the country, as very much a family-run farm with a lot of time, dedication and teamwork put into it.”

“My brother and I are fortunate to have two very hard-working parents who have built up a business together whilst my mother also worked as a nurse.”

“Like many others, I often wonder what the future holds for the industry. With the amount of uncertainty in the world at the minute, it is hard to say exactly.”

“A challenge facing the industry is the number of family farms like our own that rely on passion and the backing of the whole family to make it work. If I am honest, I don’t think a lot of dairy farms, including our own, would exist without it.”

“The margins are so tight and good reliable help is so hard to get. Dairy farming isn’t a job and to be truthful, it’s not even a good business! Dairy farming is a lifestyle, or as I like to call it, a hobby got out of hand. I know for a fact that if you don’t love milking cows, then you wouldn’t do it.

“I don’t say that in a bad way. As I said, you must love it to do it, so most of us wouldn’t have it any other way,” David of Fecarry Farm concluded.

- Advertisement -
Previous article
How to make better silage in 2021 – a five-point plan
Next article
Clodagh Hughes: ‘Two days before St. Patrick’s Day, I was laid off indefinitely from my job as a chef’