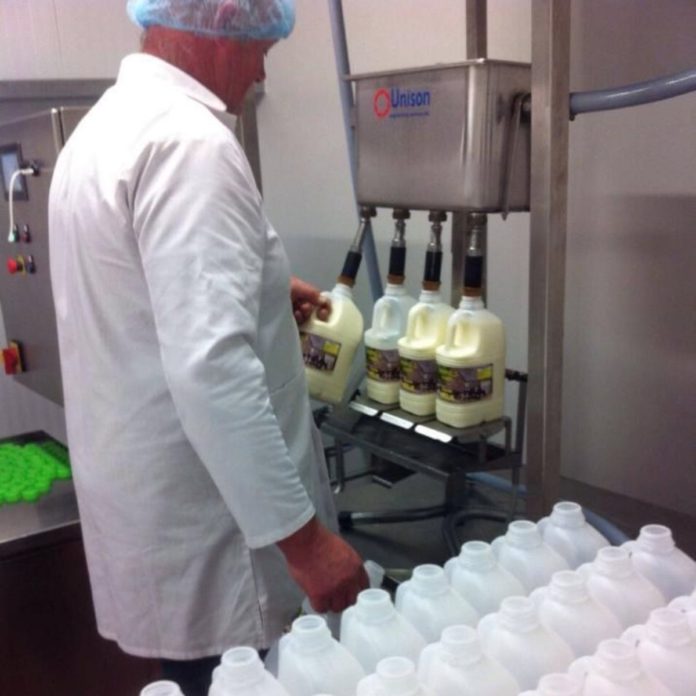 He embarked on this journey to “guarantee a fair price for milk that is produced on-farm” with a primary goal to bring back “milk like it used to be”.

The Still, Enniscorthy, Co. Wexford native laid the foundations for his thriving business back in 2011.

He constructed a brand-new pasteurisation plant with a cold room, office, storage, and changing room, all of which had to be insulated and sealed before opening Fairfield Farm Fresh Milk’s doors.

The family has always been involved in dairying in some capacity and now milk their 56-cow herd through a 7-unit Fullwood parlour with a Dairymaster pulsation system.

“We always milked a few cows. In the early days, we milked cows by hand to make butter. As the years passed, we started to supply milk to the creamery. For a time, we also carried several sheep.” Nicky told That’s Farming.

“My parents purchased the present farm in 1945. The farm is currently in its third generation but heading for the fourth, with my son, M.J. involved.” 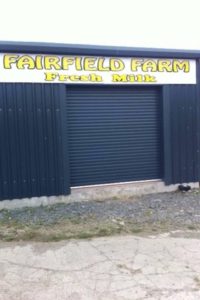 70% of cows calf in the spring, while the remainder calf in September as part of this grass-based system. Calving occurs during these periods to maintain a milk supply during the winter months for bottling.

At present, they have two stock bulls on the farm – a Friesian and a Limousin. A Friesian runs with cows for 6-7 weeks, before a Limousin mops-up.

Replacements remain on-farm as part of a 36-month calving system, they sell beef-sired progeny at approximately eight weeks of age.

“Cows are milked twice per day and it takes a little over an hour to milk. Also, cows are fed on slats and housed in loose housing. The calving shed is also located close to the milking parlour.”

The Doyle’s full fat, pasteurised non-homogenised milk, is proving to be a popular choice in their locality and further afield.

Covid-19 has not impacted the Doyle’s business as they produce, bottle and deliver all their own milk and are not dependant on other suppliers.”

Currently, customers can purchase milk in Wexford, Waterford, Carlow, and Wicklow. 2L cartons are priced at €2.50, while if customers purchase on-site at the farm, the cost is €2.00. 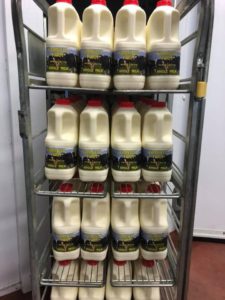 Nutritional benefits of this milk

Nicky’s son, MJ, researched the milk as part of his thesis and explored its nutritional benefits.

“Research has shown us that our bodies cannot absorb the calcium or digest the calcium from milk without the fat. Vitamins A and D are fat-soluble vitamins which mean that they would only be discovered in fat.” M.J. explained.

“This means that your body cannot absorb any of the vitamins from milk when the fat has been skimmed off. Therefore, without the fat present in milk, our bodies cannot access them.”

“Some studies now show that eating saturated fats helps raise good cholesterol levels that a person’s body wants and needs. The world’s healthiest foods are whole foods, which are foods that have not been processed. For example, that is why whole grain pasta, rice, and bread are recommended to us by all nutritionists.”

“This can be looked upon the same way with milk, that when you discard all the fat from milk, you are throwing away the health benefits that you can get out of non-homogenised milk. When it comes to whole milk, we should drink non-homogenised milk when it is possible,” he added. 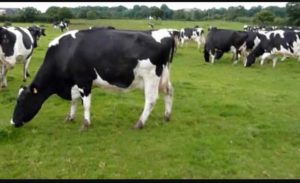 Looking ahead, the Doyles are satisfied with their herd’s size and performance but have other plans in the pipeline. They hope to build a new farmyard and milking parlour and possibly increase their herd size to 80 cows.

“The journey to date has most certainly been a worthwhile venture. As with everything, it has its fair share of problems and headaches, but the positives outweigh these massively.” Nicky explained.

“If it wasn’t for these changes that we made a number of years back, I find it hard to see us in the position where we are now which is farming full-time along with getting a good price for our milk.”

“It was a timely investment at the start to get to where we are now, but for us, it has most definitely paid off.”

“In my opinion, milk price is going to fall again as herd sizes increase making it much more difficult for smaller farms to survive on just milking cows alone,” Nicky concluded.