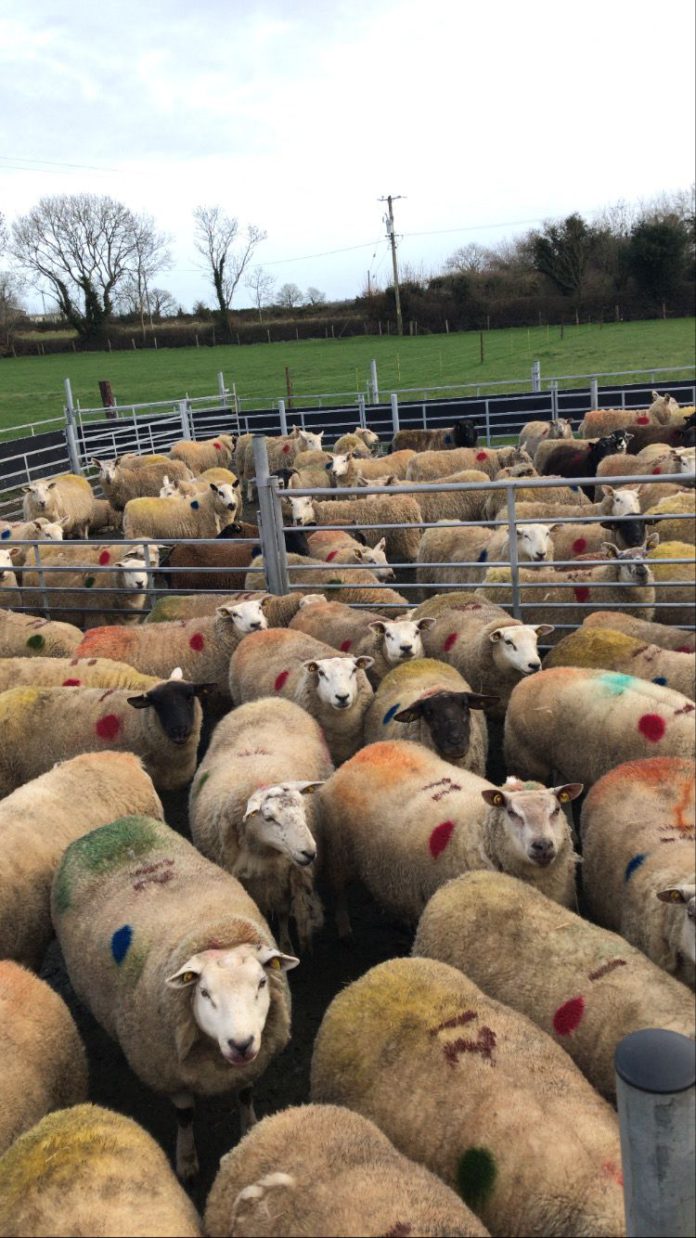 We scanned the ewes last Wednesday, and it’s one day in the year that I have a nervous feeling, writes sheep farmer, Edward Earle.

I suppose it’s just the feeling you get hoping all the things you’ve done in pre-tupping has been right.

Scanning is an important management tool on the farm and has a number of benefits. Firstly, it gives us an indication of the number of potential lambs to be born at lambing.

I say potential as it is one thing having the ewe in-lamb, it is another story getting the lamb born and up and going on its feet. You never know what surprises could turn up at lambing.

Knowing the number of lambs the ewe is carrying allows for us to make decisions regarding concentrate feeding. Ewes carrying triplets need more feed than doubles or singles. Singles won’t require the same feeding level as to prevent over big lambs.

We mark the ewes with different colours to indicate a number of lambs singles, a green dot, doubles, a red dot and triplets, a blue dot.

We sorted the ewes into groups by the number of lambs they are carrying after scanning was finished. This allows for the right level of concentrates to be fed to each group. The ewes were also given a Cobalt B12 drench and footbathed when we had the opportunity.

Empty/barren ewes on the farm of Edward Earle

One important group to look for is the number of empty/barren ewes there is as this can indicate an issue with the ewe or fertility of a ram. We had 11 ewes empty, and one of these was not a surprise as she had repeated a few times.

Changing the raddle colour during mating identified this ewe as she continuously repeated. It was disappointing as she was a lovely Texel ewe. We will move these ewes on in the next week or so.