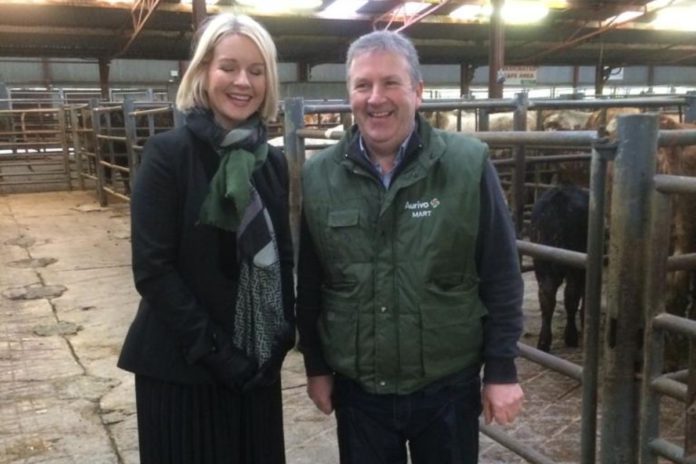 Aurivo Livestock Mart Balla will host an array of special sales next month (October 2022) to celebrate 50 years in business.

Meanwhile, there will be a special heifer sale at the west of Ireland-based cattle mart on Saturday, October 8th, 2022.

Its Ballaghaderreen-based animal feed manufacturing arm, Nutrias Animal Feeds, will sponsor all of the above classes.

The mill – which was established in 1979 – produces an “extensive” range of products to cater for various enterprises, including beef, dairy, sheep and calf-to-beef farms.

Meanwhile, there will be a special weanling sale on Tuesday, October 4th, 2022.

The Coolfadda, Ballymote native, moved to fill the general managerial position after Martin Walsh’s retirement, following over 40 years of service.

He previously managed dairy farms as part of his studies and later joined Dawn Meats before carving a career in the livestock marts industry.

“Balla Mart covers a huge area of Westport, Achill, parts of Sligo, and Roscommon. At peak times, the mart would have a staff base of 35 people, with three full-time and the rest part-time,” he added.

Read the interview in full.

- Advertisement -
Previous articleCCAC ‘very concerned’ about ‘continued’ increase in emissions within dairy sector
Next articleBalla: Dry cows to €2,360 with all cattle up €141/hd on last year