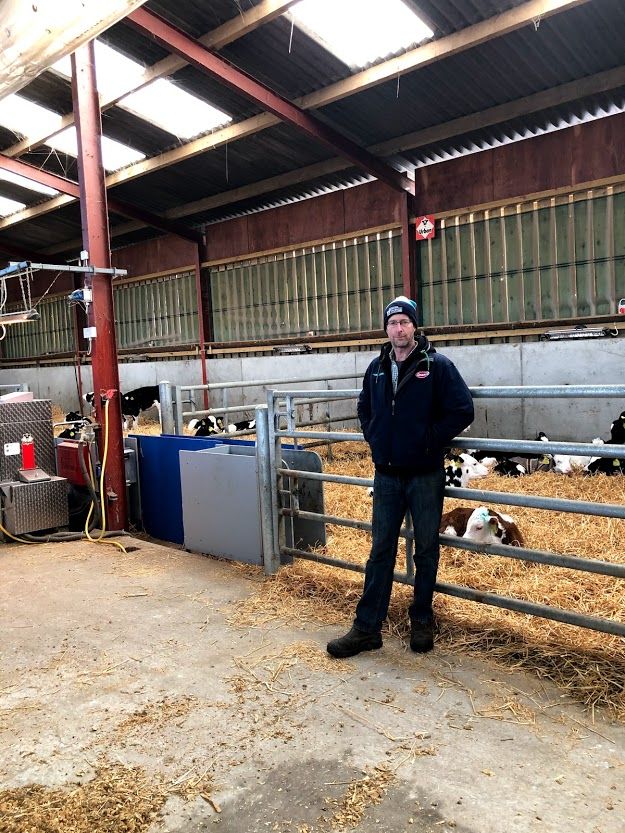 Andrew Revington hails from the small village of Delvin in County Westmeath.

He farms over 600-acres, milking a 220-strong high-yielding Holstein herd, along with running a 150-acre tillage enterprise and calf-to-beef system. He is averaging an impressive 11,000-litres per cow.

Aside from being a dairy farmer, he is a keen marathon runner. He has competed worldwide, from Tokyo to New York, with an average timing of 3 hours, 14 minutes. 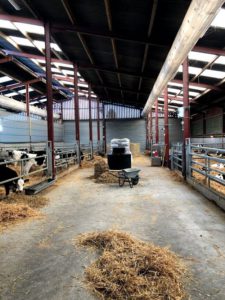 “I travelled to Holland for my placement. The farm I was on at the time was the third-highest production dairy farm in Holland.” Andrew Revington told That’s Farming.

Andrew returned home to begin farming alongside his father in 1989. “When I came back home from Holland, my father and I were milking 150 cows, averaging 6,000-litres of milk in the early 90s.”

He wanted to diversify the family farm, and with this in mind, he started with 15-acres of tillage ground and established a calf-to-beef system, which he runs to this day.

He decided to buy-in forward stores and beef cattle. At the time, Andrew also had 150 lambing ewes and 1,000 fattening store lambs.

Throughout the years, Andrew and his father expanded their tillage enterprise to an extensive 500-600-acres, mostly on rented ground. In 2000, they invested in a top-spec 18/36 swing-over DeLaval milking parlour, which to this day is in operation.

In 2002, sadly, Andrew’s father passed away, and he took over the family farm with a vision to “streamline the whole enterprise”. Andrew sold his flock to allow him to turn his complete focus to the production side of the dairy enterprise. 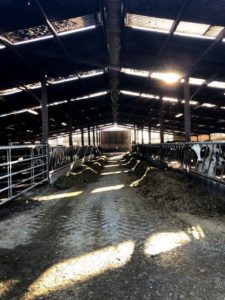 The herd is currently averaging 11,000 litres per lactation from a concentrate input of 2.5-3 tonnes per cow. Andrew buffer feeds his herd in the summer months. The cow’s diets, at this time, are tailored to match grass growth for butterfat and protein levels.

Why this level of production? The farm has a small grazing platform of about 70-acres. A lot of Andrew’s farm is fragmented, so it would make sense for Andrew to operate a high input/high output system.

When asked if he would consider milking three times daily, he responded: “Yes, all the time, the only problem is labour, plus I feel we aren’t getting paid enough for our liquid milk.” 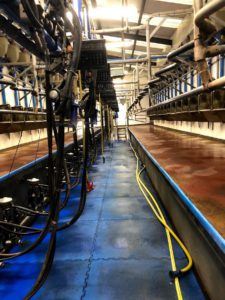 Most cows are AI’d to Holstein bulls from Progressive Genetics and Worldwide Sires. He also runs a Hereford bull with the herd following rounds of AI.

When Andrew is selecting bulls for his herd, he is not chasing milk yield. Instead, he is focusing on milk solids, but not at the expense of milk yield.

“I do look at the Economic Breeding Index (EBI) figures in the interest of health and fertility.”

Andrew’s calving interval is under 400 days, which is a very good figure for the level of production on his farm. The calving seasons are in two blocks. The starting point is the end of January until April, then from September until the first week in December. 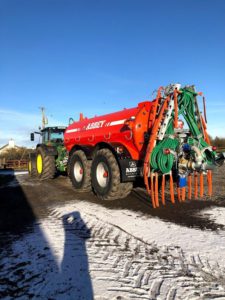 The prospects of any farm are essential to think about, going forward, as Andrew acknowledged.

“What I would like to do is produce more milk per cow, possibly increase cow numbers to 250-300. To do this, I would need to build a new cubicle shed. With all costs that would incur, this would not make economic sense.”

“I am also concerned about any changes in regulations coming down the line. Will I be stopped in my tracks with my high-yielding cow?”

In his opinion, if more changes come on stream, he would need an acre of grass for every cow owned, to meet this criterion.

“Therefore, this situation would be impossible for me, as I do not have the grazing platform around my farm to accommodate this change. This may or may not happen. No one knows what the future holds, as agriculture is ever-changing!’’

“Job satisfaction comes before profit any day, as far as I am concerned,” Andrew Revington concluded.