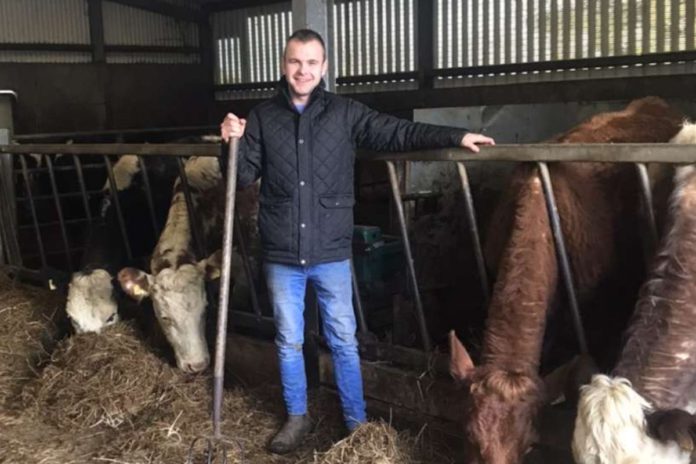 At the tender age of 21, Darren Convey is one of Ireland’s youngest full-time suckler farmers.

The Swinford, Co. Mayo native embarked on his progressive farming venture at the age of ten, purchasing and rearing suck calves.

He inherited the farm from his mother when he was eighteen and completed his Green Cert at Mountbellew Agricultural College.

He worked in a factory for two years but opted for a lifestyle change due to the nature of a combination of demanding work and farming commitments.

“I could not keep the cattle and the job going at the same time. It was too much pressure. I bit the bullet and expanded my herd which has allowed me to become a full-time farmer.” he told That’s Farming.

“I started on a small scale at a young age and slowly built up my own herd. Anything I have I have worked for it and I’m very proud of it. You appreciate things more when you pay for them out of your own pocket; it leaves a lot more value on them.”

“I grew up on my home farm and always had a great love for being outdoors. I was never one to be in the house too long My earliest farming memories revolve around cattle and doing odd jobs around the yard.”

From humble beginnings, the farm has gone from strength-to-strength since Darren has taken the reins. He has rented out-farms which has paved the way for the expansion of his suckler herd.

Today, the herd comprises 40 spring-calving commercials cows, of mixed breeds including Charolais, Limousins, Herefords and Shorthorns. Cows are bred to a Charolais stockbull as part of a calf-to-weanling system, with half of the subsequent progeny sold in the autumn and the remainder the following spring. 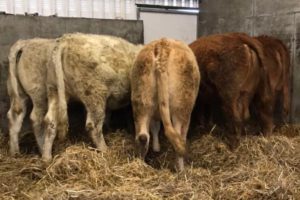 Along with suckler farming, Darren also attends four sales at livestock marts throughout the west of Ireland weekly, covering the counties of Mayo, Roscommon, and Leitrim, sourcing cattle for customers.

Besides, he also sources and sells cattle privately to farmers, with most of his customers spread across Connacht.

“In addition, I buy and sell cattle on the side; I started going to livestock marts from a young age and always had a love for trading cattle.”

“I primarily deal in suckler pairs, springers, and weanlings and usually buy 15-20 cattle weekly. My motto is straightforward: ‘Treat people right, and they will come back as a repeat customer’.” 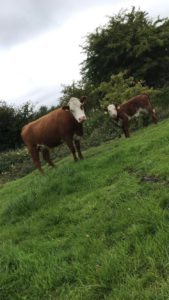 Having built his business from the ground up, the 21-year-old admitted that breaking into new territory was no easy feat.

“From starting to buy and sell at a young age, it was not easy. None of my family members had anything to do with it. I wasn’t that well-known around, and it took a while to build up a customer base.”

“The biggest challenge for me was not having my transport, meaning I had to depend on people to haul for me constantly. Admittedly, this was a bit of a nuisance as I did not have my own independence.”

“This year, along with biting the bullet to go full-time farming, I obtained my BE licence and purchased a jeep and trailer. I don’t know myself since; it is a great comfort as I can come and go as I please.” 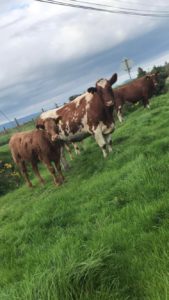 Not one to rest on his laurels, Convey has plans to develop his farm even further, with his sights set on expansion.

“The next step is to increase suckler cow numbers to a 60-strong herd. With this in mind, I am looking to change to a 50:50 autumn-spring calving system.”

“For now, I’m going to keep suckler farming, attending marts and supplying cattle to customers. Farming is like a game – some days you win and some days, you lose. You just have to keep trying and drive on.” Darren concluded.