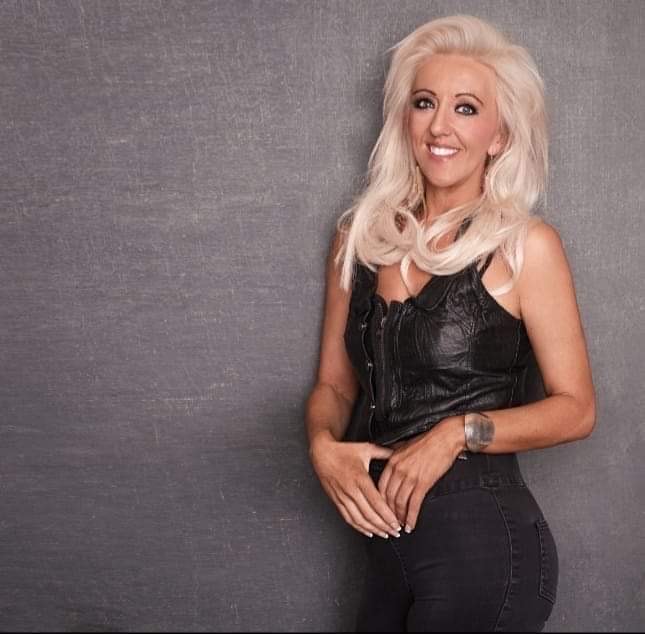 Sabrina Fallon is a country music singer from Co Galway, she divides her time between her musical career, family, and art.

“I watched Mike grow, I have great admiration for the hard work singers put into it, it is not easy,” she told that’s farming.

Sabrina lived in America, then she came back home and went to college in Galway.

Educated in GMIT, “I finished my masters during COVID-19 which was good timing, there is a lot of studying involved with the thesis.

I was lucky I had the time off to do it, it was nice to chill out with my daughter, safely meet mam and dad.

She applied for the Glor Tíre 2017 show when she was out In San Francisco and got the call to say that she was chosen.

Her mentor was Mike,” I was out very early in Glor Tire, but it was a brilliant experience.”

” I recommend anyone to do it, no matter how you get on, it is lovely to meet the people on the show.”

She remains friends with some of the contestants, “we talk nearly every day since.”

“You have to get back up and keep getting up and not taking it personally.”

Country music legends, “I don’t think anyone will ever fill their shoes, we were so lucky that they paved the way for the next generation.”

Country showtime with Sabrina airs every Thursday at 7 pm on Sky 376 and repeats every Monday at 2 pm.

Steve Bloor is the producer, he has been a leading figure in her music and personal life.

”He has been very good to me down through the years”

They also have some Christmas shows planned.

Steve also creates her videos, such as old maid in the garret which has done very well.

” I was running around shop street in Co Galway with a wedding dress on, he made that into a great video.”

Matthew helped out with some of the videos because of COVID-19, “He did a great job.”

Steve produces many music shows, and is running his own

Sabrina’s latest song candlelight and wine is a duet with singer Shane Moore.

They were in Lanzarote when they thought about recording a song. “we were looking for a duet.”

The song is produced by Wayne Thorose “It’s doing well, we are delighted.”

“I had forgotten my dad would have done this years ago.”

She remembers a time in the car when she would hear her dad singing this song.”I like the older songs myself.”

She dueted with Joe Cooney on a song called stumblin in, ”I don’t have a shy bone in my body, I said come on, we will go do this.

”It has done well, we won an award for that song.”, this was Joe’s first song.

Other duets include Sina Theil from Germany and John Molloy from Co Offaly.

The Christmas song duet with John Molloy, “It was around a time when a family member was not well. “

“The song showed us what was important and what was not important.”

Sabrina has noticed the younger generation are into country music, “people aged 14 or 16 years old are mad jiving.”

COVID-19 has shown us how special the music was.

”Some of us may have taken it for granted, and to see how it was wiped out overnight.”

Fallon has been in touch with fans “They are depressed at home without the dancing, it’s a win-win the crowds love it the singers love it, the musicians love it.”

”If you see different things going on, to not give up, keep pushing and believing in yourself.

“Stay grounded and not forget where you come from, we are all going out the same way you came in” as Big Tom says.

Sabrina plans to record a duet with one of her favourite singers and songwriters, around March 2021.

I am going in to record another single, around January or February, she has two more singles planned as she compiles an album together.

” I’m kind of addicted to the studio, I’m not going to lie.”

Sabrina did not gig at all during the pandemic.

“To gather a crowd for me was too dangerous, It looks like the light is coming to the end of the tunnel, we will all be back on the road shortly.”