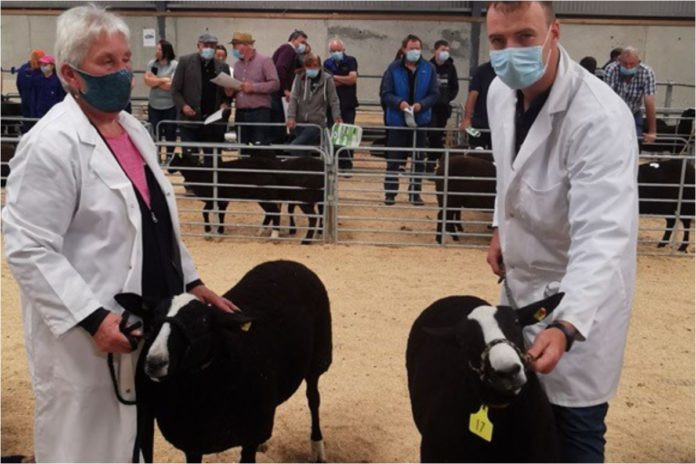 21 pedigree females and 19 pedigree males were offered for sale, along with a special of Zwartbles-cross ewe lambs.

Leading the charge at €950 was a champion ewe lamb, while the champion ram lamb followed hot on her heels at €940.

A society spokesperson said: “It was a huge success. First up into the ring were hogget and ram lambs which were in great demand from both pedigree and commercial sheep farmers.”

“Next on display were the hogget and ewe lambs which were a flying trade with bidding from ringside and online. The top price of the day was the champion ewe lamb reaching €950.”

“Zwartbles Éire was delighted with the sale of their pedigree sheep heading to 17 different counties in Ireland.”

“Zwartbles Éire members use only the top genetics which was clearly evident on the day with males averaging out at €425 and the females at €550. There was a 98% clearance overall, so this was a great result for all concerned.”

“We would like to thank G. V. M mart, Tullamore for hosting us. We were very well looked after.”

“Thanks to Melvyn Dorman from Dairylough Zwartbles in Northern Ireland for judging the event. Also, thanks to Declan Loughran slate supplies for sponsoring the judge’s gift.”

“Last but not least, we would also like to acknowledge the continued financial support of Billy Comer and family,” the spokesperson added. 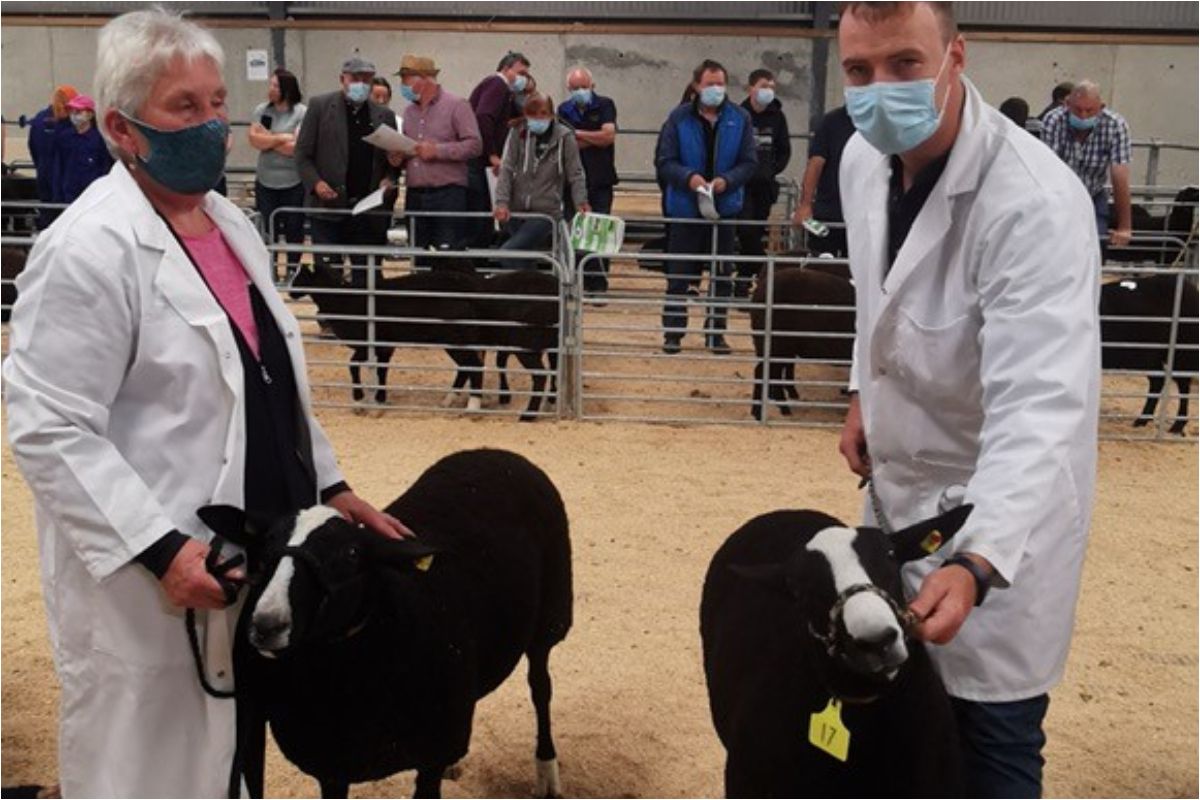 Zwartbles sheep hail from Friesland in Holland, where their primary use was dairying – milk and cheese production.

However, due to a shift in practices, numbers declined until the Dutch Rare Breeds Survival Trust listed them as critically rare in the mid-1970s.

Numbers steadily increased on the back of the creation of a flock book and interest from hobby wool spinners.

They have various uses, producing both wool and meat and are crossed with various other breeds to produce butcher lambs.

The breed has a striking appearance and is known for various traits, including ease of lambing, maternal traits, and docile natures.

- Advertisement -
Previous article
Video: Overhauling a haybob!
Next article
‘Plenty of buyers looking for cattle after the improvement in grass growth’