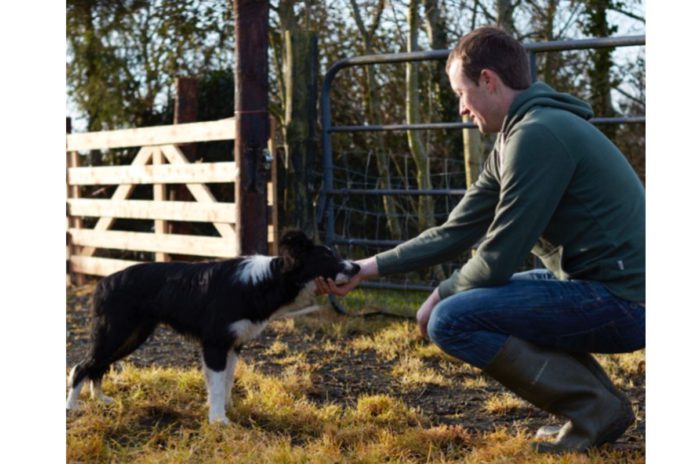 Young farmer ‘enjoying the balance between working and farming’

Edward Earle is a sheep farmer from Gorey, Co. Wexford, where he farms over 300 ewes in partnership with his parents, writes Cian McAndrew.

The young farmer studied agriculture science at both Waterford IT and UCD.

The 31-year-old currently works with Danone Nutrition as a quality engineer. His father farms full-time on their sheep enterprise and has been farming all his life. Their land is split into two forty-acre blocks – one around the farmyard and another a few miles down the road.

“The succession plan is for me to take over the farm, so we started a partnership 3 years ago. The long-term plan is that I will take over but as things are, we farm everything 50:50 and we make all the decisions together.”

The quality engineer studied in both Waterford IT and UCD before launching a career in the agri-food sector.

“I didn’t get the points in the Leaving Cert to go to UCD, so I studied ag science in Waterford IT for three years and then transferred into 3rd-year agri-environmental in UCD. I was able to take different elements from both Waterford and UCD and applied them on the farm.”

The main breeds of ewes on the Earle’s farm are Texel, Charolais and Suffolk-cross. They also have some Border Leicester-crosses and mules. They run 1 ram to every 16 ewes and try to have a compact lambing season.

“We produce about 20-30 pedigree rams every year. We’re not members of any society so they’re purebred non-registered. We sell them every year to local farmers around the south-east area. We’ve built up a good enough reputation that we’re getting a lot of repeat customers.”

“We raddle the rams and change the raddle every 14 days. So by looking at the marks, I’ll know what time I’ll need off work for that busy couple of weeks.”

They flush the ewes before breeding and aim to start lambing anywhere between the 10th and the 14th of March. Having compact lambing is extremely important so that it doesn’t interfere with Edward’s work commitments.

“It’s a balancing act because at times it can be busy at work and at home but I’m very fortunate that both companies I’ve worked for have both been very flexible in that way and that they are understanding.”

They sell their lambs through both the factory and the mart. The family farm produces lamb of the highest quality and has featured on the packaging of lamb products in supermarkets across the country.

Coming from a family of six, the 31-year-old was not the only one helping out on the family farm; his sister is a lecturer in Greenmount Agricultural College while his other siblings also have a huge interest in the farm.

The young farmer said that succession was always spoken about openly in their household and he would encourage others to do the same.

“I know some people would say that it’s typical that the oldest son would get the farm, but I was on the farm since I was able to crawl. I’m very lucky that both parents are always very open about succession and always have been.”

“It’s very much a family farm and I’m lucky enough that there was never any ambiguity from the rest of the family, it was always well discussed as we were growing up. Succession should be more freely discussed in families so that when people get older there won’t be any surprises.”

Although farming can be volatile and farmers often wonder whether it is worth it, that thought, never crossed this farmer’s mind. He said the connection that he has with his farm is not something that will ever fade.

“It’s the bond between yourself and the animals, especially in spring with all the new life. We let new ewes and lambs out to the fields recently and I stood watching them running and jumping around.”

“It’s a connection that only a farming person can understand; with the land and his or her animals. That’s the reason you do it. It’s not all about money, it’s the simple things in life that can be most fulfilling,” he concluded.

- Advertisement -
Previous articleDRAFT
Next articleCovid-19: How will marts operate?