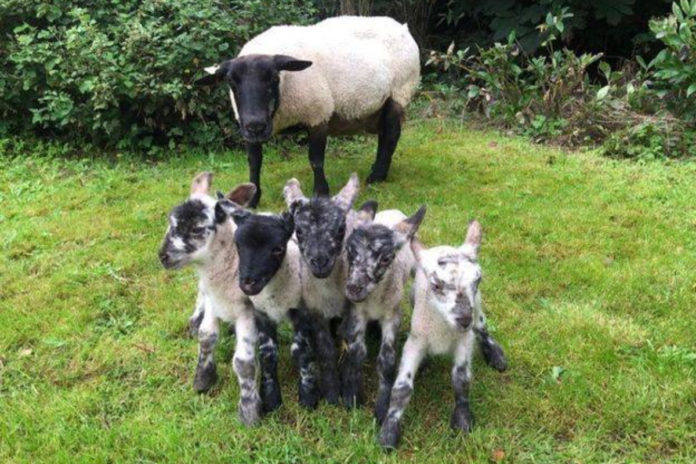 The arrival of quintuplet lambs is being celebrated by a young suckler and sheep farmer from Co. Roscommon.

A fourth-crop Suffolk-cross ewe on the farm of Martina Egan, who was previously profiled on That’s Farming, gave birth to three ewes and two ram lambs on Sunday morning (September 6th).

This home-bred ewe had three sets of triplets previously with these lambs being sired by a Belclare ram.

Speaking to That’s Farming, Egan said: “She was not scanned as she is out-of-season. We knew she would be having at least 3 lambs as she had 3 sets of triplets previously but was extra wide this time.”

“She lambed unassisted and had them up and dry herself. The ewe lambs will be kept on as future replacement ewes,” she concluded.

- Advertisement -
Previous articleMan injured and up to 2,000 animals killed after farm fire
Next articleMcGuinness appointed as Ireland’s new European Commissioner