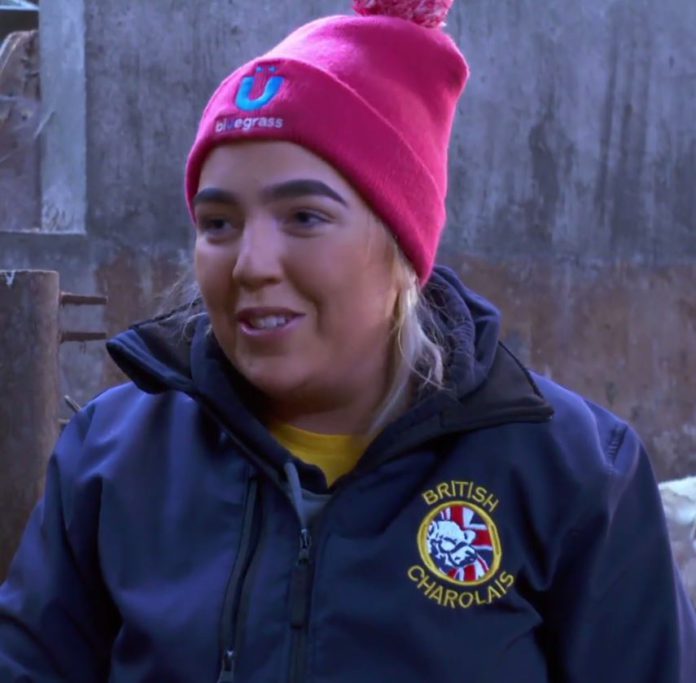 ‘You need to keep on top of it’

The final episode of this season’s Rare Breed – A Farming Year will air tonight (Thursday, April 9th) on UTV.

It’s December and we’ll get a final look in on five of farming families, as they keep as busy as ever during the winter, making preparations for the New Year and the continuation of the farming cycle.

In Clogher, Co Tyrone, Eimear McGovern is preparing the cattle herd for the winter; she is vaccinating and tagging young animals.

She comments, “You need to keep on top of it, you want healthy calves, and just like us, they need vitamins and minerals.”

We also see her recent surprise present from boyfriend Terence, a flock of sheep, which she’s thoroughly enjoying looking after, despite the differences between them and cattle.

In Crossgar, Robbie Neill is loading up the last batch of pigs in peak condition headed for slaughter.  He comments, ‘That’s farming at the end of the day.”

He talks about the farming circle, being respectful to the animals, spoiling them rotten and giving them the best life.

He hand delivers his produce with children Connie and Angus, to various restaurants in the area, and is looking forward to some downtime in January when he plans a few trips away with the family.

Stephen Maguire is in the process of loading up all his in-calf cows to go for sale at Clogher mart.

He is changing his style of farming to be a contract beef farmer. He has mixed emotions about parting with his herd but knows it’s the right thing to do, as he’ll have certainty over his prices working on a contract basis.

He is glad too of not having to get up in the middle of the night to tend to calving cases.

Victor and David Chestnutt have a new arrival in the form of a bull bought in Roscommon. Victor worked a visit to the mart in with a two-night stay at the Killyhevlin Hotel in Enniskillen, commenting, “I can only do 24 hours away from farming!”

He talks about the price paid for the bull but feels it was well worth it. He’s looking forward too to his spring bull sale in March.

David, meanwhile, is renovating the calf house, with the help of ‘interior designer’ Victor, who pointing at his head laughs, “The design’s all in here!” They are both glad to be working inside on such a wet December day.

Finally, at the Christmas market at St George’s Market, Belfast very early on a Sunday morning, Valentine Hodges is putting up and decorating her stall.

Husband Chris watches on, commenting for the sake of his marriage he’s better out of the way!

While the bees are tucked up for the winter, feeding on their special fondant in the hives, Valentine is setting out all the products to sell.

She loves to get dressed in the beekeeper’s suit and show off all the foodstuffs and beauty products. She is glad that despite the poor summer, the bees survived to make all these amazing items.