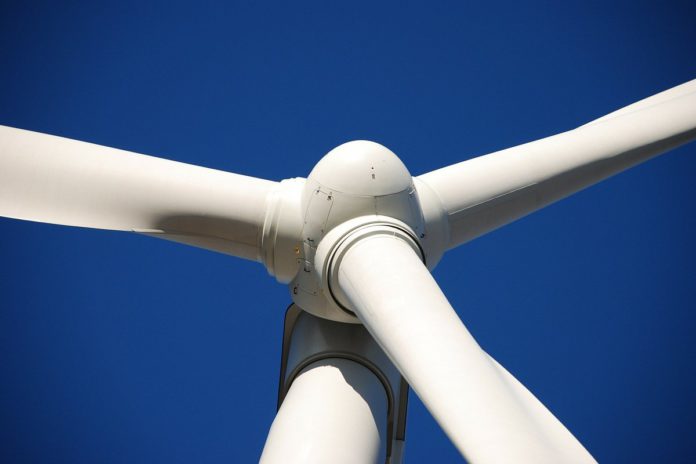 ‘Wind energy in Ireland is going from strength-to-strength’

2019 was a record-breaking year for wind energy production in Ireland, according to a new report.

Wind energy met a record 32.5% of the country’s electricity demand, putting Ireland’s wind energy production at the second-highest in Europe and the highest for onshore wind systems, according to the Irish Wind Energy Association (IWEA).

The report states that 2019 was the second-highest year on record for new connections in Ireland. 24 new farms were connected in 2019, which have a combined installed capacity of 463 MW. This brings the installed wind energy capacity in the Republic of Ireland to 4,100 MW.

Dr David Connolly, CEO of IWEA, said: “Wind energy in Ireland is going from strength-to-strength. Every year, we are cutting more CO2 emissions, reducing Ireland’s dependency on imported fossil fuels and driving down the wholesale price of electricity.”

“The two dozen new wind farms we connected last year will enable us to build on our success in 2019 and we have already set new records for the amount of wind energy on the system in the first two months of 2020.”

Dr Connolly went on to highlight that wind energy in Ireland has not come close to matching its potential:

“Our target in the Climate Action Plan is to double our installed onshore wind capacity and we are confident we have the pipeline to enable us to do so. We also have enormous offshore wind energy resources with more than 12 GW of offshore projects at some stage of development.”

“With the right planning systems, on land and offshore, and the right policies there is no reason why most of Ireland’s electricity should not be coming from wind energy in the second half of this decade.

The government recently announced the Renewable Electricity Support Scheme, and Dr Connolly believes it’s critical that the scheme is put in place on time in order to further increase renewable energy production in the country.

“The delays so far in getting the scheme set-up mean we’re already looking at a serious slowdown in construction when we need to be building at a much faster rate.

“Any more time lost would slow down the development of new projects and pose a threat to the delivery of the Climate Action Plan” he added.

The amount of wind energy lost every year is a growing concern for the industry, according to the association. In 2019, more than one million MWh of electricity was lost, which is enough to power 200,000 homes.

The reason for this is a practice known as ‘dispatch down’. This is a practice in which Eirgrid, the transmission system operator, instructs a wind farm to reduce production or even shut down entirely.

There are two reasons for the use of ‘dispatch down’. First, the transmission system in certain areas may not be strong enough to transport all the energy produced by the wind farms to where it’s needed.

Secondly, there’s a limit on the amount of wind energy on the system. Currently, it is not allowed to exceed 65% of demand; this practice is known as curtailment and is used to ensure the stability of the system.

“We need a stronger transmission system to ensure that we are not wasting electricity and, if we are to achieve our 2030 targets, and beyond them to 2040 and 2050, then we are going to need a plan to build a stronger electricity grid.” Dr Connolly concluded.

- Advertisement -
Previous article
Quiz: How much did these culls and weanling bulls sell for at Dowra?
Next article
Man sentenced for illegal poaching on land