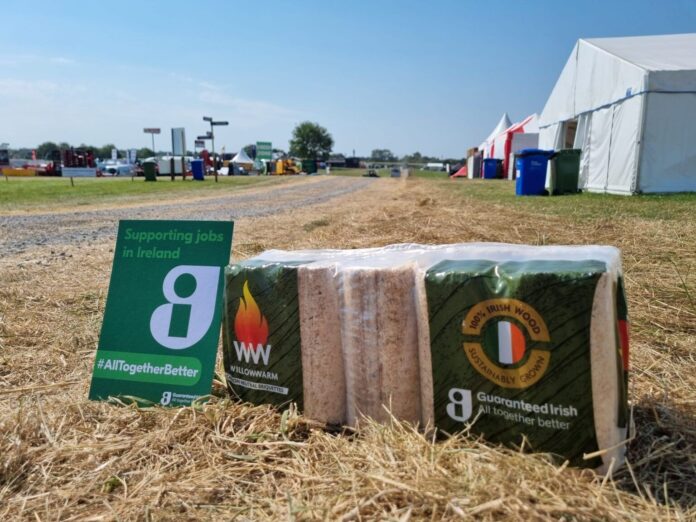 The Meath-based business was founded on the foot of a desire to help the island become a “true” carbon-neutral society by introducing its carbon-neutral product to the Irish marketplace.

WillowWarm claims to manufacture “carbon neutral” briquettes, which they growsand produce in Ireland.

The firm claims the product is “truly” carbon neutral from the species of the crop that it utilises and its raft of processes.

According to a company spokesperson, the product is:

The spokesperson noted that WillowWarm Briquettes can be used in all wood-burning stoves, conventional open fires and outdoor chimineas.

WillowWarm Briquettes are available in over 500 outlets throughout Ireland.

According to a spokesperson for Willow Warm, the crop is locally harvested, “which means we do not need to input any raw materials or fossil fuels”.

“We intend to grow this annually. This will allow us to have a true indigenous carbon-neutral and renewable energy supply.”

“Our manufacturing facility, based here in Co Meath, is the first of its kind in Ireland. Straight through from intake to its drying technology, its robotic infrastructure and into the end product.”

The spokesperson explained that the new briquetting process involves the growing of willow on farmland, which he says, provides a carbon-neutral crop, benefiting the Irish economy and environment.

“Willow is harvested every two years, and once planted, it provides 36 years of continuous crop production without the need for annual replanting, ploughing or re-seeding.”

“This is an anonymous financial benefit to the farmer, and clearly, the economics of this crop can speak for themselves.”

“Instead, it is simply re-harvested every two years, and the cycle continues, making it the sustainable option for Ireland.”

“As harvesting rotation is every two years, 50% of the total plantation acres are harvested annually.”

“Each acre yields approximately 20 to 25 tonnes of willow chip per harvest. However, it does depend on the land quality and soil fertility,” they concluded.