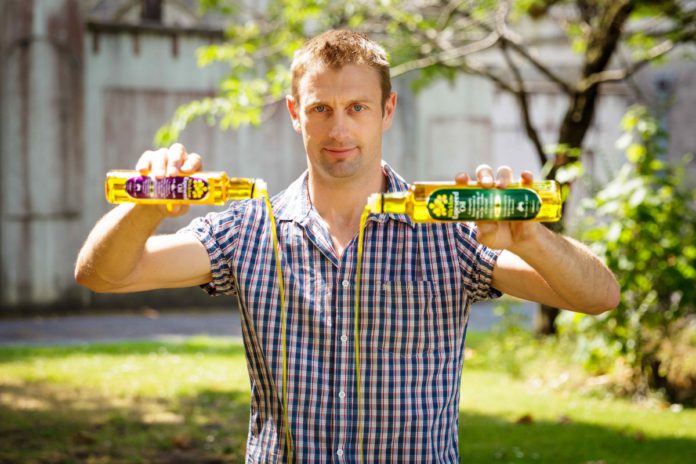 An oilseed rape farmer from Hawkstown Lower, Co.Wicklow has turned his produce into a successful rapeseed oil business and also added a further thriving brand to the fold.

Keith Symes, owner and head of Wicklow Rapeseed Oil, launched the brand in 2013. This was followed in 2017 by the start of sister brand Sussed which produces sustainable health foods.

“My passion for farming along with my ambition to start a business which is linked with farming led me to the idea of producing extra virgin cold-pressed rapeseed oil.”

Oilseed rape was already being farmed on the property.

“I saw an opening in the market for this great, healthy product and began working on establishing Wicklow Rapeseed Oil.”

This included a visit to the UK to see a farmer who was growing, pressing and bottling rapeseed oil.

Also, a lot of research was done. This partly involved growing and harvesting various different seed types in order to find a single variety that thrives in the areas’ soil conditions.

The aim was to produce a flavoursome, healthy cooking oil of extra virgin standard. Keith did the initial trials with a miniature press in his kitchen at home.

“No one was really using one variety of seed. They were all using several and they were not paying attention to what fertilizer was spread.

“That’s the difference between mass-produced rapeseed oils and mine. We guarantee ours to be light and nutty in flavour and that’s why we have won several awards.”

Keith is the fourth generation on the farm. He studied agricultural engineering and then mechanical engineering before joining a company that built power stations.

When the economy slowed, Keith took up farming full-time. At the same time, his father started winding down on the farm.

The farm focuses on winter crops which rotate between oilseed rape, barley and oats with cover crops in between.

“The rich fertile soil and favourable climate in this area lend itself well to a high–quality harvest.”

“I can only sow oilseed rape once every 4 years in the same field. Hence, I have contract farmers in the area that deliver product to me.”

He adds that this needs to be done to meet the requirements for his rapeseed oil. It also spreads the risk where something going wrong with the crops on his farm. 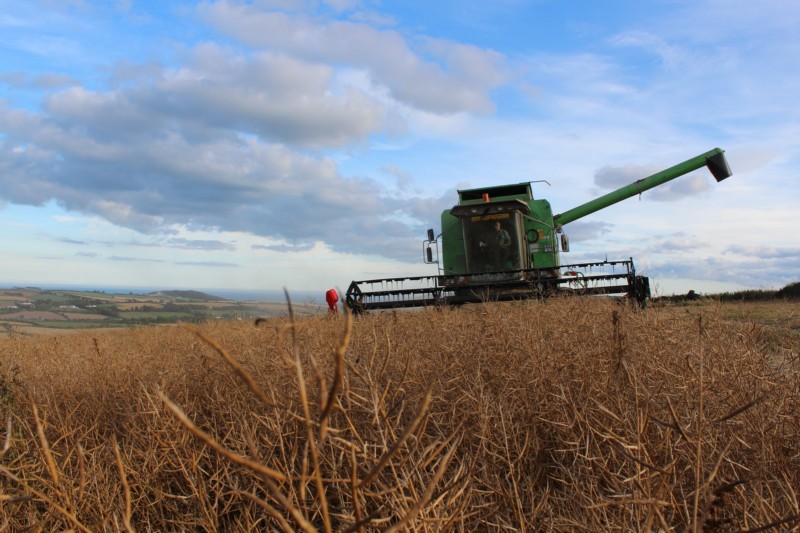 Moreover, the regenerative farming practices that Keith follows on the farm are starting to bear fruit.

“We are all about the environment, the soil. Keeping the soil healthy is key for us. Every year we put in cover crops that we take absolutely nothing from.

“It is expensive to set-up and it takes time – but it is worth it in the long run. The soil is teeming with life and we are seeing increased yields.”

In order to reduce the carbon footprint, the farm also aims to use as little machinery as possible.

“Instead of ploughing, harrowing, sowing and the rolling which is normal practice, we use an eco-till machine. This drills the seed directly into the ground without the need for ploughing and harrowing.”

As for the availability of Wicklow Rapeseed Oil products, it can be found all over the country.

Keith says he started out with SuperValu’s Food Academy Programme. However, today stock can be found in national stores, including SuperValu, Dunnes, Tesco as well as many butchers.

Wicklow Rapeseed Oil produce is also exported to the UK. Furthermore, all the products are 100% natural, traceable and GM-free.

To achieve the cold-pressed extra virgin standard, the seed cannot be heated prior to cold pressing. Also, the temperature within the press must remain below 27°C without the use of any additives.

This process ensures that the oil’s health benefits are maintained.

“Wicklow Rapeseed Oil has completed a laboratory analysis to certify this standard has been reached.”

The residue cake that remains after pressing is used for animal feed.

According to Keith it is high in protein and contains 12% oil, which makes it good for the conditioning of cattle.

“The good thing of producing rapeseed oil is that there is no waste. Everything is used.”

Keith says the health benefits of rapeseed oil include:

This allows for cooking at a higher temperature without losing its health benefits. 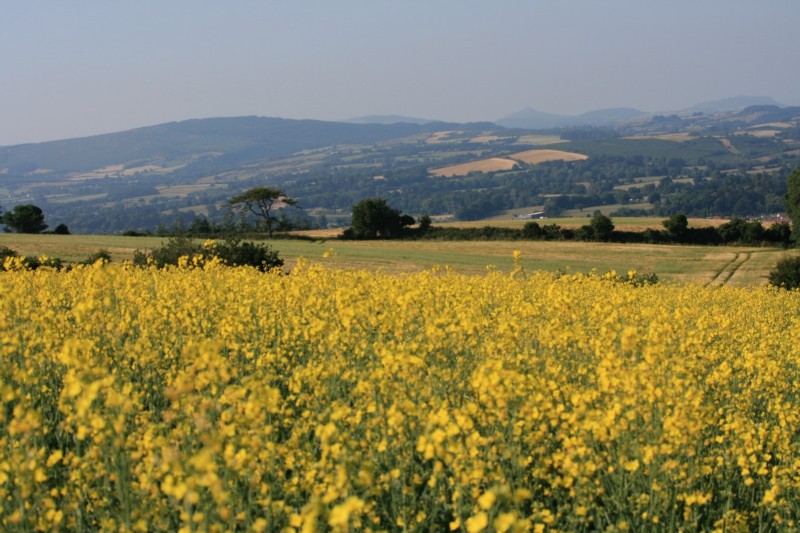 However, the Sussed brand’s scope is wider than oils and also includes other natural, healthy lifestyle products. This comprises balsamic vinegar, olive oil, and its Vegan Power Bites snacks.

Sussed includes an oil that blends rapeseed oil with Omega 3 DHA oil that is extracted from algae oil.

According to Keith, this blended product is the healthiest cooking oil on the market.

Regarding expansion, Keith says they are always looking at launching new products depending on the market’s appetite.

At the moment, they are planning on bringing Sussed salad dressings to the market, hopefully by summer.

As for Wicklow Rapeseed Oil, a garlic and chilli flavoured spray (with less than 2 calories per spray) will be launched in February. 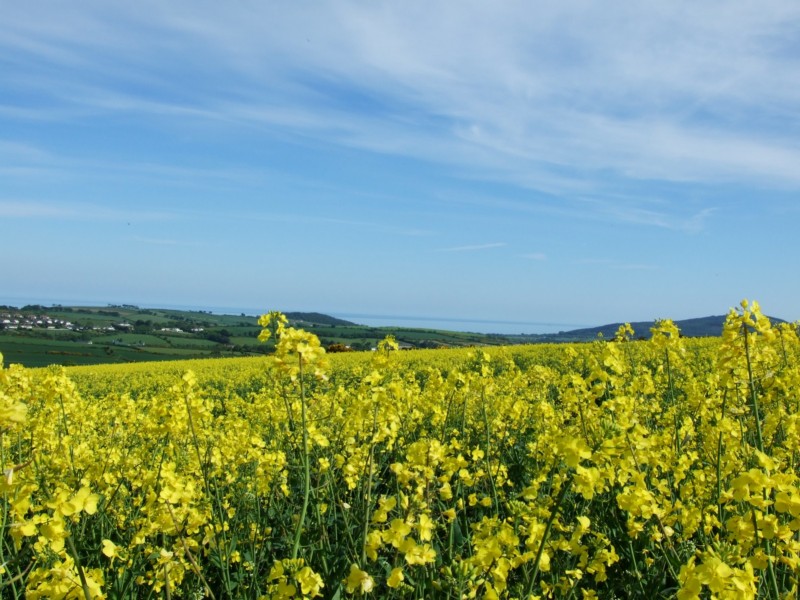 Keith is happy with the business’ performance and says that turnover has tripled in the last 2 years.

Further prospects include the distribution of Sussed products via Amazon in the United States.

“Also, our current plant on the farm is maxed out and we are presently installing a new one.”

All of the production for both Wicklow Rapeseed oil and Sussed is done on the farm.

According to Keith, adding value to one’s farm produce can bring increased security.

He says it gives greater control of the product down the line and one is less exposed to the market volatility of raw product prices.

“You are more in control of your profits as you are producing and selling the final products yourself.

“Also you have a brand that you can build and invest into to increase its value.”