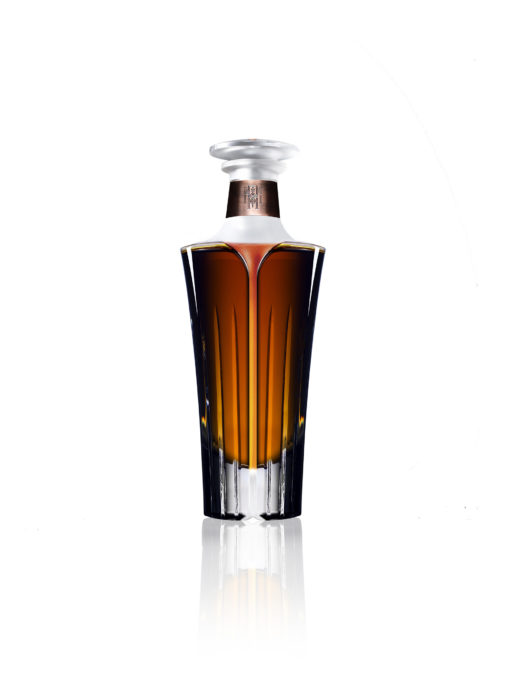 Whiskey for sale at €35k a bottle

Irish Distillers has released a rare 45-year-old Irish whiskey with a price tag of €35,000 per bottle.

A total of forty-eight 750ml bottles, of what is thought to be the world’s most expensive Irish whiskey, will be on sale in Ireland, the UK, France and the US.

Midleton Very Rare, renowned as the Pinnacle of Irish Whiskey, is produced in Midleton Distillery, Co. Cork, Ireland and the Midleton Very Rare Silent Distillery Collection consists of six releases, with the first being a 45-year-old Irish single malt.

Midleton Very Rare Silent Distillery Collection Chapter One is the only release in this collection to have been created as a peated single malt.

Decades in the making, the third-fill sherry cask that has influenced this whiskey has been lying dormant for 45 years. “This makes it one of the world’s rarest whiskeys by its very nature. The cask contributes notes of ripe honeydew melon, red berries and sweet spices of toasted oak. ”

Master Distille, Emeritus Barry Crockett, son of Max Crockett, recalls sourcing the peat for this 45-year-old expression, which will be the last peated whiskey ever from Old Midleton Distillery.

Midleton Very Rare Silent Distillery Chapter One will be decanted into handblown and etched crystal decanter bottles, produced by Ireland’s Waterford Crystal, with each of the bottles individually numbered.

‘Safekeeping the legacy of another’

Barry Crockett, Master Distiller Emeritus: “It’s remarkable that 45 years on we could even be speaking about a whiskey which was distilled in the very final period of the Old Midleton Distillery.”

“It is the ultimate heirloom and memento of the dedication to precise malt preparation, brewing and distillation skills of generations of distillers at Midleton.”

“Furthermore, it’s among the very last remaining whiskey distilled through the largest pot still in the world, a skill which in its own right required great refinement of the distiller’s art.”

Brian Nation, Master Distillers at Irish Distillers: “One of the most wondrous parts of my job is that I am often responsible for safekeeping the legacy of another.”

“For many years now, my colleagues and I have been caring for the work of Max and Barry Crockett, to determine the optimum time to share it with the world.”

Brendan Buckley, International Marketing Director at Irish Distillers: “At a time when Irish whiskey is booming and aged stock is extremely limited, we are privileged to have the opportunity to launch this piece of history.”

Two bottles will be sold via ballot system on The 1825 Room, the Midleton Very Rare online members’ programme.

Whiskey lovers can register their interest to be entered into a lottery to purchase a bottle from 9pm on 18th February for one week.