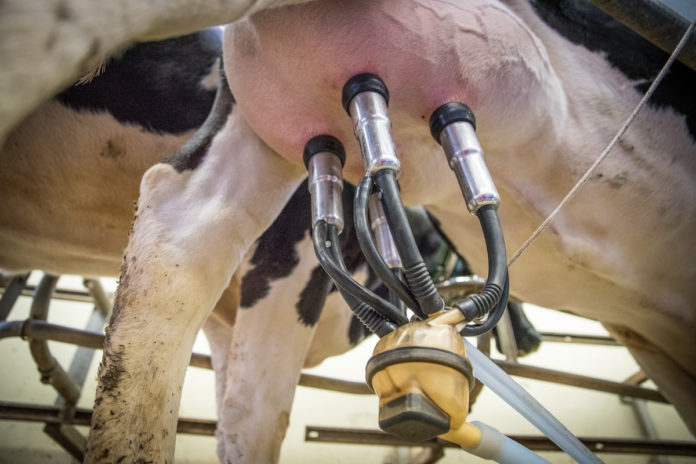 What are processors paying for May milk?

The 4 processors – Lakeland, Glanbia, Kerry and Dairygold – account for over 70% of the national milk quota pool.

Cavan-based company Lakeland Dairies have announced their milk price for May is unchanged from April, with a base price of 29c/litre (including VAT) in the Republic of Ireland, while in Northern Ireland farmers will be paid a base price of 23p/litre.

Commenting on the price, Lakeland Dairies said: “After a near-total wipe-out of the global dairy markets following the spread of the COVID-19 global pandemic, where prices fell to 2016 levels, there slowly appears to be stability returning to the market.”

“A floor appears to have to come into the market in recent weeks. However, prices remain well back on the start of the year prior to the spread of COVID-19. Lakeland Dairies will continue to monitor the market closely in the coming weeks and months ahead,” they said.

Glanbia will pay its Member milk suppliers 28.62c/litre (including VAT) for May creamery milk supplies at 3.6% butterfat and 3.3% protein.

Non-members will receive 28c/litre (including VAT) for May creamery milk, which is unchanged from April’s milk price.

However, Glanbia will make a payment of 0.2c/litre on all May milk volumes to reflect weather related issues on farms.

A Glanbia Ireland survey of over 500 milk suppliers found a significant decline in average grass growth rates, with 58% of milk suppliers in the four worst-affected counties currently feeding silage.

“There has been a welcome recovery in butter and skim milk powder prices over the last month, albeit from a low base. Global milk supply and demand movements over the coming months will need to be closely monitored as economies gradually re-open.”

Dairygold have made the decision to increase its May milk price by 0.5c/litre to 29.19c/litre, including quality and sustainability bonuses and VAT.

IFA National Dairy Chairman Tom Phelan has welcomed the decision by the board of Dairygold. He said it would help boost farmers’ confidence at a challenging time for cash flow and morale.

“Co-ops that have yet to set their May milk price should take a leaf out of the Dairygold book. All co-ops should look to improve June payouts.”

“The outlook for dairy markets continues to be reasonably positive, so it is important that co-ops now start to consider more favourably future milk pricing decisions,” said the IFA Dairy Chairman.

“We have seen the end of milk price cuts, and with recent indicators including yesterday’s GDT auction, showing firmer trends, farmers will need to see better milk prices from all co-ops going forward,” he concluded.

Kerry Group have followed Glanbia and Lakeland Dairies in holding their May milk price, which they revealed is 29.5c/L including VAT.

In a brief statement, a spokesperson for the processor said: “Based on average May milk solids, the price return inclusive of VAT and bonuses is 31.54c/L.”