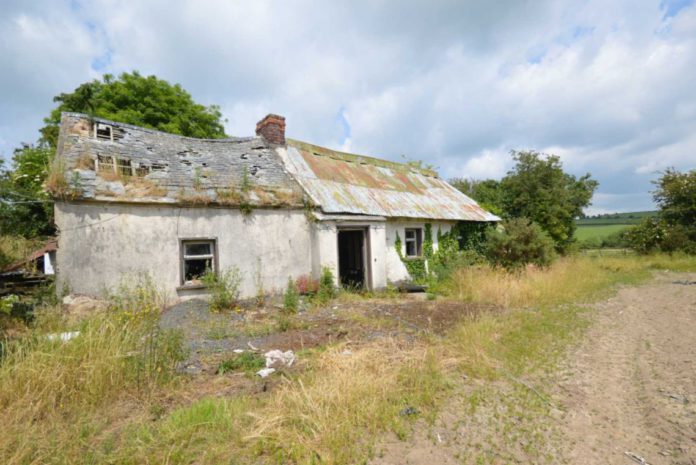 A 24.3-acre roadside holding with a derelict farmhouse and farm buildings in Co Wexford exceeded its price guide by €124,000 when it went for auction this week.

Auctioneer, David Quinn, reported “a good deal of interest” in the property with close to fifteen parties registering to bid.

He noted that the auction saw some “excellent” quality land along with a derelict cottage brought to the market.

Quinn offered the property, which had a guide price of €370,000, for sale in the following lots:

The entire needed to register an offer in excess of €355,000 to trump the previous two lots.

A bid of €365,000 was made just as the entire was about to be withdrawn, but no further bids were forthcoming at this time.

Before taking client instructions, Quinn ran through each lot again to “attain a better sense of how a sale might proceed”.

After a brief recess to take instructions, Quinn resumed the auction and confirmed that the property had passed its reserve and was now ‘on the market’.

Quinn said: “There was tougher competition for lot 2, which sparked a bidding war between several parties.”

“The result of this auction demonstrates the depth of demand for holdings of various sizes in the North Wexford area.”

“There was a variety of interested parties who will remain in the market for similar properties having failed to secure either of today’s lots.”

Properties for sale in Ireland