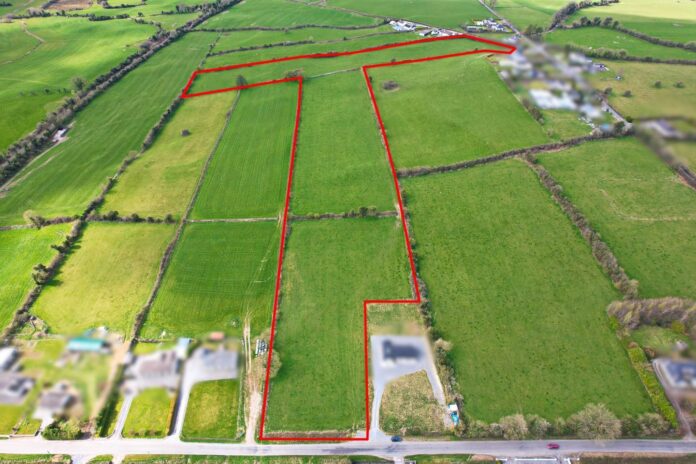 According to the selling agent, this is an “excellent quality, elevated” grassland farm, boasting “overstanding” views over the entire Midlands region.

The farm, he says, has development potential for a once-off residence and road frontage onto two roads.

Meanwhile, one of northern England’s highest quality commercial farming estates has hit the market with a £44,000,000 guide price.

According to the selling agents, most land is “highly productive” grade one and two farmland.

Goole Estate lies within a renowned commercial farming district between the River Ouse and the Isle of Axholme. The property is approximately 8 miles east of Goole on the Lincolnshire/Yorkshire border.

The in-hand land, which the current occupiers farm as a single unit, extends to approximately 4,087ac. (1,654 hectares).

According to Savills, this is suitable for producing high-yielding crops such as wheat, barley, oilseed rape, potatoes, vining, peas, and sugar beet.

The land lies predominantly within a ring-fence plus two offlying blocks west of the main farm towards Goole.

Two reservoir complexes service the land with a total capacity of 115,000m3 and various summer and winter abstraction licenses.

Furthermore, there has been “significant” investment in infrastructure and crop storage facilities in recent years.

Read more on this listing

- Advertisement -
Previous article
Should Ireland introduce standalone tractor driving tests?
Next article
‘It is okay to change career plans, even after you have gone to college’