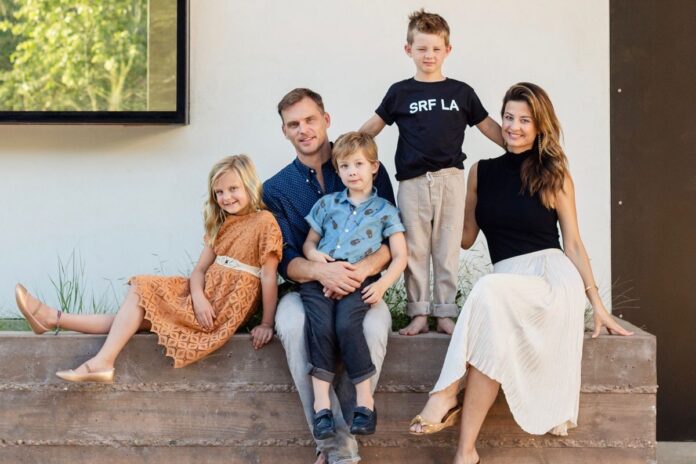 A farmer’s legacy carrying onto the next generation for centuries is at the heart of Westerlay Orchids – which is embracing tradition and innovation – in Carpinteria, California.

The Overgaag family are behind the operation, which serves as what it claims to be Southern California’s largest commercial orchid grower.

The family are horticulturists with a “rich” history that goes back generations to the greenhouses of Holland.

He immigrated to Carpinteria, California, with his wife and four children, in 1978.

Then, Joe handed the reins to his son, Toine, in 2009. He has carried on the Westerlay commitment to their mission to produce “the most stunning and highest quality orchids”.

He has spearheaded the next wave of progress, including industry-leading sustainability measures and expansion of greenhouses, among other milestones.

The company’s tradition continues through it all, as a father-and-son-duo shares their “admiration and respect for each other and pride for what their family has built”.

“My dad has been an incredible example of dedication and hands-on commitment.”

“He has always cared so much for the people he has worked with. And I have always admired how he has always been open to adaptation.”

From roses to orchids

Joe and Toine together transitioned Westerlay from roses to orchids twenty years ago. This was when increasing international competition formed in the domestic rose market.

Furthermore, they developed a plan for a five-year transition into orchids culminating in their first crop of cymbidiums in 2003.

Today, eco-friendly changes at Westerlay are “rapidly”, putting them on the map as an example of sustainability.

Moreover, Toine believes that Westerlay can help engage and create an even more “significant” change by serving as an inspiration to other companies.

The company’s mission continues through it all, constantly refining its sustainable growing practices to ensure the production of the “highest-quality” orchids.

“I could not have done it, run a company like Toine does today. He makes me so proud when I visit. I like to see how he has brought us to a new place and see the smiles on everyone’s faces.”

Check out the Westerlay orchid offerings online and consider visiting Westerlay in Carpinteria to experience the orchids and see the sustainability practices at play.