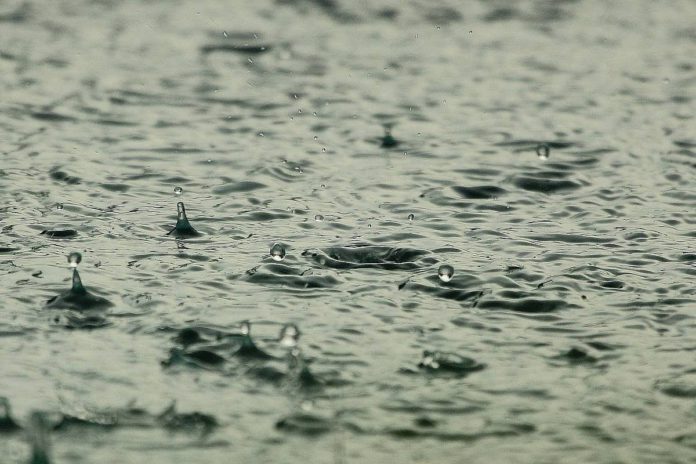 Some showers will be heavy with hail and isolated thunderstorms, turning wintry at times on high ground.

Showers will merge to give longer spells of rain in western counties in the afternoon, before moving eastwards over Ireland this evening.

Temperatures will reach between 5 to 9 degrees before dropping between 0 to 3 degrees later tonight.

Bands of rain will clear to give rise to scattered showers tonight. According to Met Éireann, there is an “ongoing risk” of hail or sleet and isolated thunderstorms.

Tomorrow will be windy with a mix of sunny spells and blustery showers, some heavy with hail and isolated thunderstorms.

Showers will be heaviest and most frequent in the west and north-west with highs of 5 to 8 degrees in fresh to strong and gusty west to north-west winds.

Furthermore, showers will continue to descend upon the west and north on Saturday night; however, they will be lighter in nature.

It will be mainly dry elsewhere with variable cloud and clear spells, with occasional, light showers.

More prolonged rain is set to approach the north-west by the morning with lows of 2 to 5 degrees nationwide.

According to the national forecaster, it will be mostly cloudy on Sunday with rain and drizzle to turn heavy at times in the north-west.

Temperatures will reach between 8 to 12 degrees during the day with night-time lows of 6 to 9 degrees in moderate, westerly winds.

Showers will become confined to the north-west overnight with occasional, clear spells elsewhere.

Looking ahead to next week, it will be mostly mild and cloudy on Monday with outbreaks of light rain and drizzle.

Temperatures will reach between 10 to 14 degrees in light to moderate westerly breezes with lows of 8 to 9 degrees.

It will be partly cloudy with patchy rain and drizzle at times overnight, with showers most persistent in the north and north-east. Furthermore, it will be another mild night with lows of 8 to 9 degrees.

Tuesday and Wednesday will see milder temperatures with partly, cloudy skies and some sunny spells.