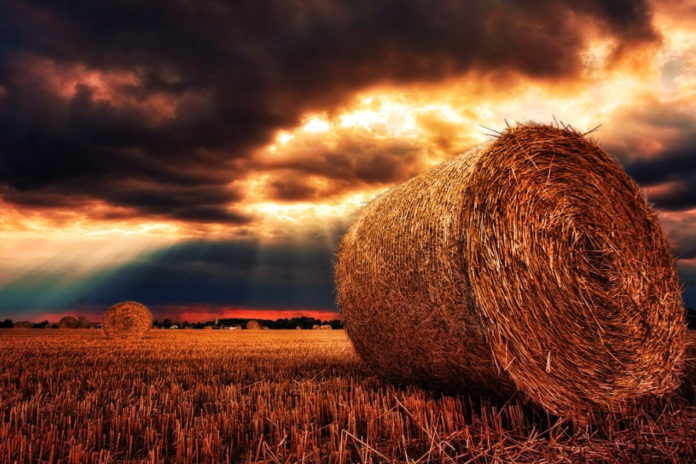 Damp and misty conditions to begin today with outbreaks of rain and drizzle slowly clearing northeastwards, according to Met Éireann. This will give way to a brighter day with clearer conditions and sunny spells and showers extending from the southwest. Highs of 15 to 19 degrees in light to moderate westerly or variable breezes.

Any showers will gradually clear northeastwards tonight and it will become dry with clear spells. Cloud will thicken from the southwest towards dawn, however. Minimum temperatures 7 to 10 degrees, but dipping to 5 or 6 locally over the eastern half of the country.

Light west to southwest breezes will become south to southeast overnight and freshen in west Munster and west Connacht.

Sunny spells are expected in the east and north at first tomorrow, according to the national meteorologists, but cloud will thicken from the southwest and be accompanied by increasingly gusty southeasterly winds.

Rain and drizzle will push into Munster and Connacht during the morning with some heavy fall developing during the afternoon and evening as rain extends countrywide. It will begin to clear in the southwest during the evening. Top temperatures of 15 to 19 degrees.

Remaining outbreaks of rain in the north and east clearing overnight with clear spells developing. Scattered showers will, however, follow from the Atlantic to affect mainly parts of the west and north overnight. Minimum temperatures of 10 or 11 degrees in moderate to fresh southwest winds, strong near Atlantic coasts.

The national forecaster anticipates a mix of cloud, sunshine and passing showers on Sunday. The showers will be most frequent in the north and west, where some could be heavy and possibly thundery. Maximum temperatures of 14 to 18 degrees, coolest in the west, in moderate to fresh southwesterly winds.

Any showers will die out on Sunday night, but cloud will thicken overnight, and rain will extend eastwards from the Atlantic by morning. Minimum temperatures of 9 to 11 degrees.

Met Éireann report that current indications suggest Monday will be mostly cloudy and probably quite windy at first with outbreaks of rain and drizzle affecting much of the country, with some heavy bursts in places.

Moderate to fresh and gusty southeasterly winds will veer southwesterly and gradually ease through the day. Maximum temperatures of 15 to 19 degrees, coolest in the west.

Details for Tuesday are uncertain at this stage, according to the national forecaster, but the unsettled theme with outbreaks of rain looks set to continue with a slow-moving weather front likely to be affecting the country in a mainly southerly airflow.

They stated that conditions on Tuesday will largely depend on where this frontal zone ends up with cloud and rain along the front and drier and brighter intervals on either side. Maximum temperatures will range 14 to 18 degrees.