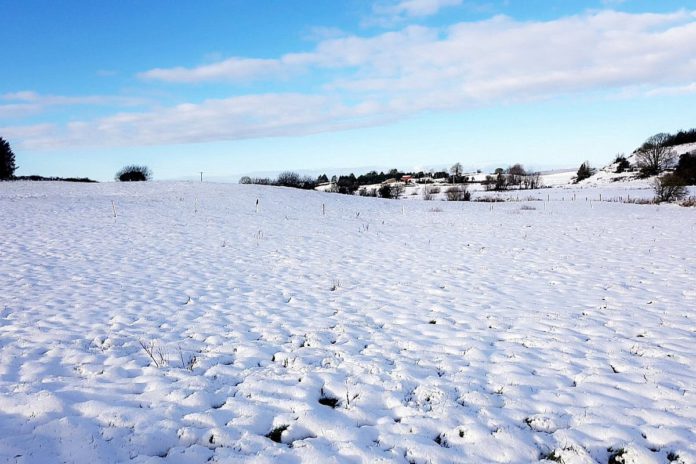 It will be mild at first, except in the north and north-west, with afternoon highs of 5 to 9 degrees. It will be cold tonight, with clear spells and scattered showers expected with lots of 0 to 4 degrees.

Most of the showers will fall in the western half of the country. The national forecaster has warned that will turn increasingly wintry as the night progresses, with some hail and snow showers, especially over higher ground.

Tuesday – It will be very cold and windy once again with some sunny spells and scattered blustery showers. Some of the showers may be of hail and sleet, with a risk of some snow showers.

Similar conditions are expected tomorrow night with most of the showers expected in the western half of the country, some of which will be hail, sleet and snow.

Wednesday – There will be a continuing risk of snow showers, mainly over higher ground with maximum temperatures of 4 to 8 degrees, according to Met Éireann.

It will be a bright day, with sunny spells and scattered showers, some of hail and sleet. There will be sharp or severe frost overnight, with some wintry showers set to occur mainly in the north-west with lows of 0 to -4.

Thursday – Met Éireann predicts that will be mostly dry and bright with some sunny spells and highs of 5 to 8 degrees. Outbreaks of rain will extend from the Atlantic later during the day and on Thursday night, possibly falling as sleet, with hill snow, for a time in the north and north-west.

Current indications from the Irish Meteorological Service suggest that it will remain cold and unsettled for the rest of the week and weekend. It has warned that there is a risk of further wintry precipitation and frost at night.