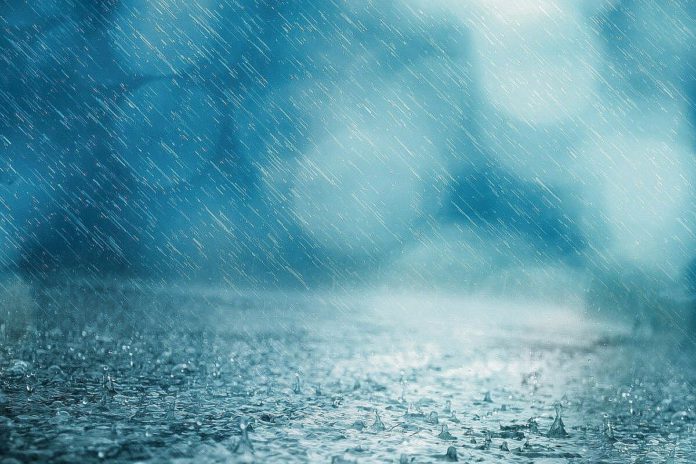 This morning will be wet in western areas which will spread throughout across the country as the day progresses, according to Met Éireann.

Rain will be heavy and persistent in places, with a risk of local flooding in the west. There will be fresh to strong southerly winds veering south-westerly with highs of 10 to 12 degrees.

It will be mild and misty, with rain heavy at times in Ulster and Connacht with lows of 7 to 10 degrees, in moderate to fresh south-westerly winds.

Tuesday – The Irish National Meteorological Service anticipates a cloudy, damp and breezy start. Rain will clear in the afternoon with mostly dry weather later in the day with highs of 8 to 13 degrees.

A band of showery rain will cross the country late tomorrow night and will be heaviest in western and northern regions. Strong south-westerly winds will bring minimum temperatures of 2 to 5 degrees.

Wednesday – Met Éireann predicts that there will be sunny spells and scattered showers, mostly in the western half of the country, to begin with.

Showers, some of which will be heavy and wintry, will become more frequent and spread to all areas in the afternoon with a risk of hail and thunder. Highest temperatures of 5 to 8 degrees in the north, reaching 8 or 9 degrees further south.

Wednesday night will remain windy, but showers will become less frequent, contracting to western areas. Showers are expected to be increasingly wintry, with some snow on hills. Clear spells further east will allow temperatures to drop, with minimums of -1 to +2 degrees, with a fairly widespread frost.

Thursday – Sunny spells and showers expected with low temperatures, especially in the west. Some showers will be heavy with a mix of rain, hail, sleet and snow in higher areas, with a risk of thunder. Highs of just 5 to 8 degrees, with nighttime lows of 0 to 3 degrees.

Friday – The national forecaster expects Friday to start mainly dry with variable clouds and some patchy light rain or drizzle. Cloud will build from the west later in the day, with more persistent rain pushing in from the southwest. Maximum temperatures of 8 to 11 degrees.

Weekend – Current indications from Met Éireann suggest that Saturday will start mostly dry and cloudy, however, rain will spread from the west later in the day and remain unsettled into Sunday. Weekend highs of 8 to 11 degrees.