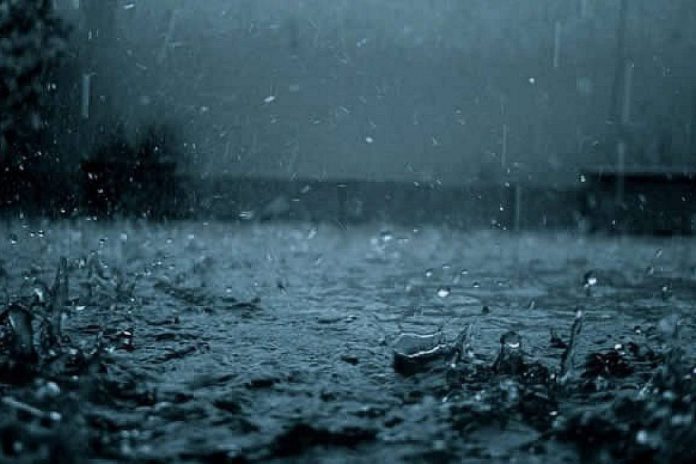 According to Met Éireann, scattered showers will develop throughout Ireland this afternoon (Monday, July 12th).

Rain will turn heavy at times over the country’s eastern half, bringing a risk of isolated thunderstorms and spot flooding.

Temperatures will reach between 18 to 21 degrees in light to moderate northerly or variable breezes.

Heavy rain over Ireland’s eastern half will die away early in the night, giving rise to mainly dry conditions, with some isolated showers.

There will be clear spells, although cloud will increase from the west during the night. Temperatures will drop between 10 to 14 degrees, with mist and fog patches to form in light to moderate north-westerly breezes.

The national forecaster has issued a status yellow rainfall and thunderstorm warning for Leinster, Cavan, Monaghan and Tipperary.

The warning will come into effect at 2pm and will expire at 10pm. Met Éireann has warned of “heavy showers and isolated thunderstorms with a risk of localised flooding”.

According to the national forecaster, it will be mainly dry, although patchy drizzle will impact northern and western coastal counties at times.

It will be mostly cloudy with some sunny spells in the south and east before becoming widespread through the day. Temperatures will reach between 17 to 21 degrees, pushing up to 22 to 23 in the east and south.

Tuesday night will see clear spells and patchy drizzle move in from the Atlantic during the night, along with a thickening cloud.

Temperatures will climb between 10 to 14 degrees in light westerly or variable breezes.

The national forecaster predicts a mix of cloud and sunny spells in the morning with cloudy conditions to prevail throughout the day.

Temperatures will reach between 18 to 23 degrees generally, slightly cooler in Atlantic coastal counties.

According to Met Éireann, it will be a mostly warm and dry day with some sunny spells in the afternoon.

Patchy drizzle will continue along Atlantic coasts and over Ulster with highs of 18 to 23 degrees.

Mist and coastal fog will develop as light to moderate north-westerly breezes ease.

It will be dry with some clear spells and lows of 13 to 16 degrees over Leinster and east Munster with lower values of 10 to 14 degrees elsewhere.

It will be warm on Friday, with some sunny spells and drizzle in the afternoon. Temperatures will climb between 20 to 25 degrees, warmest in the south-west in light, variable breezes.

Current indications from Met Éireann suggest that it will be warm over the weekend, with temperatures to peak in the mid-twenties.

Furthermore, it will be largely dry with some sunny spells and patches of drizzle.