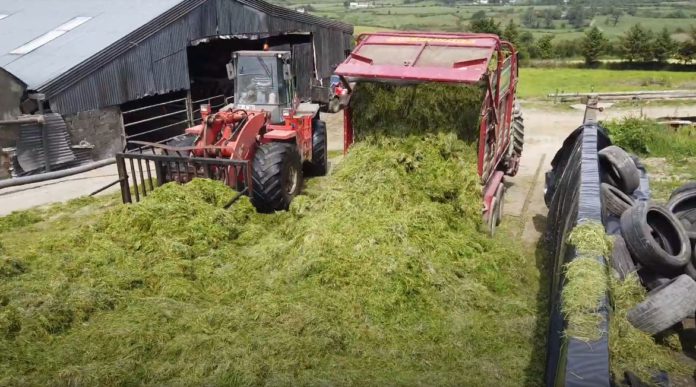 According to Met Éireann, it will be dry for the most part today (Monday, June 14th), but showers will impact the north and north-west.

The country’s southern half will witness the best of the sunshine, although it will not be as warm as recent days, with highs of 14 to 19 degrees.

It will remain largely dry tonight with patchy cloud and clear spells. Cloud will thicken in the west towards morning, with winds to be generally light but southerly.

According to the national forecaster, it will be generally dry with sunny spells over the east, south and the midlands.

However, it will become cloudier in the south-west, west and north. Rain will spread from the Atlantic through the morning and afternoon with highs of 18 to 21 degrees.

Meanwhile, it will be coolest elsewhere, with top temperatures of 15 to 18 degrees in moderate to fresh southerly winds.

Tuesday night will see the gradual extension of rain and drizzle eastwards, becoming lighter as it does so.

According to the national forecaster, eastern counties will see “very little in the way of rain”. A clearance is set to spread from the west later in the night with lows of 9 to 12 degrees.

There will be a mix of cloud and sunny spells with some scattered showers on Wednesday. Showers will descend upon the western half of Ireland, with eastern counties to hold mainly dry.

It will be cool in the west, with highs of 14 to 16 degrees. Elsewhere, temperatures will be slightly higher, in the region of 16 to 19 degrees, in moderate southwesterly winds, easing later.

It will be sunny with some scattered showers – again, mainly over Ireland’s western half. Temperatures will remain in the region of 15 to 18 degrees in a light north-west breeze.

It will be mostly dry on Friday, with some passing showers, light winds and highs of 14 to 17 degrees.

According to the national forecaster, rain will push in from the west through Saturday, with further rain at times for all areas on Saturday night and Sunday.

It stated that it will be breezy at times, with temperatures “slightly below average for June”.