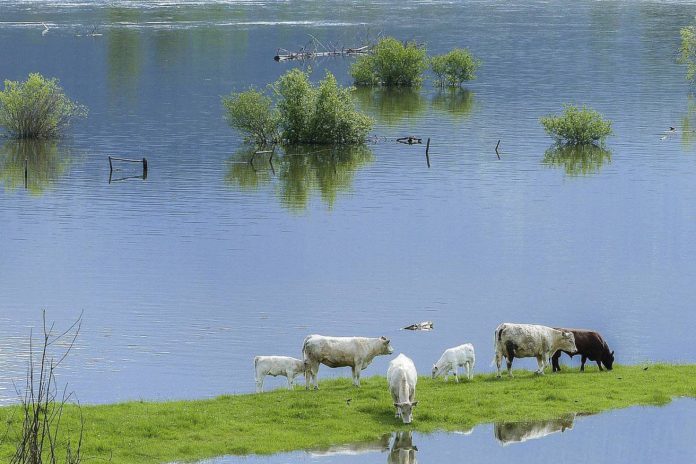 It will be mostly cloudy and damp in Ireland today (Monday, February 1st) with scattered outbreaks of rain and drizzle, according to this week’s weather forecast from Met Éireann.

Heavy rain is set to develop in the south-west later this evening, before extending north-eastwards over the country.

Temperatures will vary across Ireland, with highs of 2 to 5 degrees in northern areas and higher values of 6 to 10 degrees further south.

A band of heavy rain will extend north-eastwards across the country tonight, bringing a risk of spot flooding. The national forecaster has warned of a slight risk of some sleet or snow in north Ulster.

Again, temperatures will remain low in Ulster, in the region of 2 to 4 degrees with highs of 6 to 9 degrees further south.

Heavy rain will clear from north Ulster tomorrow giving rise to a breezy and showery day. There will be some bright spells and widespread showers, some of which will be heavy with a risk of isolated thunderstorms.

Temperatures will reach between 8 to 11 degrees with lower values of 4 to 7 degrees in north Ulster.

Tomorrow night will see the return of outbreaks of rain, mainly over the west and north of the country. There will be clear spells elsewhere with lows of 4 to 7 degrees.

Once again, outbreaks of rain will continue to impact northern and western parts, according to the national forecaster.

It is set to become drier further south and east earlier in the day, with some sunshine. Rain will become widespread later in the day with highs of 6 to 9 degrees.

Rain and showers will continue overnight, mainly in the northern half of the country with clear spells to develop further south.

There will be a mix of bright or sunny spells and showers with highs of 6 to 10 degrees. Showers will be mainly confined to the west at first, before spreading elsewhere during the afternoon, bringing a risk of hail.

Again, showers will continue overnight on Thursday with lowest temperatures of 2 to 4 degrees in light to moderate south-west breezes.

Looking ahead to Friday and the weekend, it will turn cooler as a northerly airflow moves across Ireland.

Scattered showers will persist through Friday, with some sunny spells expected also. Current indications suggest that Saturday will also see drier conditions, according to Met Éireann.