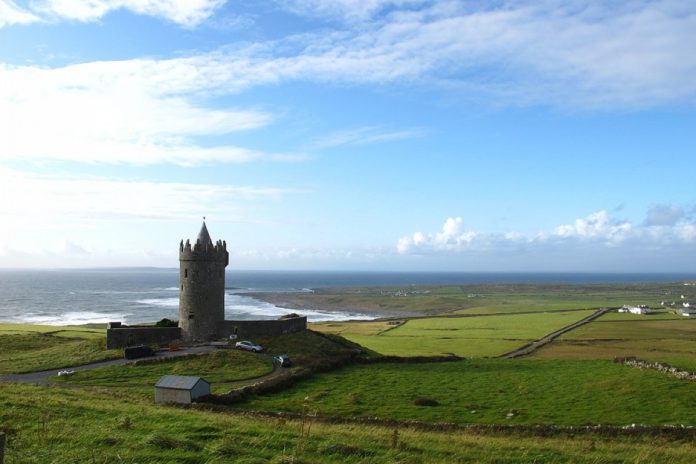 This morning has been cold and frosty but will brighten up to give a dry morning with sunny spells, according to Met Éireann. In the afternoon, cloud will increase and rain will spread, which will be heavy at times, into western areas.

The rain will move to the rest of the country during the evening but will become lighter and patchy. It’s expected to become breezy and blustery across the country as southwesterly winds gradually freshening. Highest daytime temperatures of 8 to 10 degrees.

There will be patchy rain in the east and south tonight, according to the latest forecast. Other areas will experience variable cloud and some scattered showers. Minimum night-time temperatures of 4 to 6 degrees.

The national forecaster expects further spells of rain tomorrow, coming in from the Atlantic and becoming heavy at times. Drier weather is predicted for the south with just some patchy drizzle during the day. Maximum temperatures ranging from 8 degrees in the North to a milder 12 degrees in the South, where winds will be blustery.

On Tuesday night, rain in the North and West will move southeastwards to the rest of the country. Lowest temperatures 1 to 4 degrees, coldest in Ulster and Connacht with some ground frost. Winds veering west to northwest and decreasing light to moderate with the clearance.

On Wednesday, any lingering overnight rain in the Southeast will clear to give a bright day with sunny spells. The national meteorologists expect dry weather in most areas, but some scattered rain and hail showers are likely in the north-west. Maximum temperatures of 6 to 9 degrees in light West to Northwesterly breezes.

Wednesday night will be mainly dry but cold and frosty with lowest temperatures of 0 to -2 degrees.

The forecast suggests Thursday will be bright with some sunny spells and scattered showers, but still cold with a light north-west wind. The night will be frosty with sub-zero temperatures and patches of mist and fog.

A moderate north-easterly breeze will set in on Friday, bringing in some scattered showers, especially to Eastern parts. Temperatures ranging from 6 or 7 degrees near the east coast to 8 to 9 degrees in the west with more sunshine.

At the moment, the meteorology department believe Saturday will bring the risk of patchy rain or sleet to the east and south, but it should hold dry and bright elsewhere.