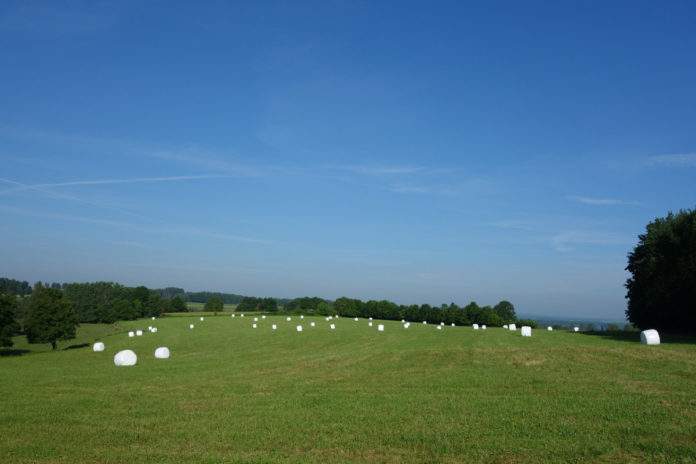 Donegal-based agricultural contractor, Jeffrey McKinney, has decided to use the services at his disposal to help out those who need it most.

In doing so, McKinney has decided to raffle off his services in order to raise money for Donegal Hospice.

A donation of €20 enters you into a draw where you could win 5 acres-of pit silage harvest or 50 round wrapped bales by J McKinney & Sons Agricultural Contractors. If you are not a farmer, alternative arrangements can be made.

Speaking to That’s Farming, Jeffrey McKinney said Donegal Hospice has served an important role to them in the past and now they want to return the favour.

“I had a few aunts, an uncle, and a few cousins with cancer previously. We saw Donegal Hospice was looking for support a few weeks ago so we wanted to help.”

The Letterkenny man revealed that the draw for the fundraiser will take place on June 5th, and he hopes to have some Donegal Hospice representatives come and select the winner.

“We’re hoping it goes well because we would love to raise a good bit of money for them. We’ll raise as much as we can and try our best for them,” he concluded.

- Advertisement -
Previous articleWhat is a buffer strip and why is it important?
Next articleBull attack victim named