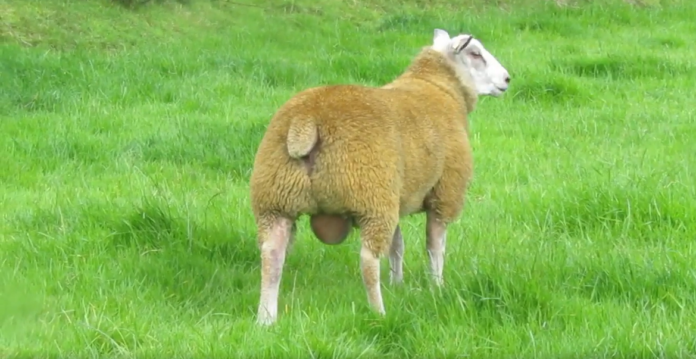 Rockdale Pedigree Livestock, owned by David Argue in Co. Cavan, secured the record price for a Charollais ram lamb sold at auction in the south of Ireland.

Rockdale Vaspasian H28-20-016, sired by Rhaeadr Prince and a Loanhead ewe, was purchased by William Mc Allister and Ian Craig of the Artnagullian and Ballynoe House flocks in Northern Ireland for the record-breaking price tag of 7,500gns.

In a post on social media, Rockdale Pedigree Livestock, said: “We wish William and Ian the very best with this special lamb and look forward to seeing his progeny in the future!”

“Not forgetting our second entry, Rockdale Venga Boy, who sold to a pedigree flock in Co. Cork for 2,000gns. We wish Maria Philpott all the best and hope to see his progeny in Tullow next year.”

“We would also like to thank all the underbidders for their help and the one and only George Candler who reckons ‘I’m one lucky Cavan man’.” the social media post concluded.

‘The best lamb we have bred to date’

Ahead of the sale, the breeder described the sale-topper as “the lamb you always look for in the field”.

“Vaspasian is the best lamb we have bred to date. He is correct on his legs & feet, super tight skin, smart head, exceptional length, a backside that handles like a rock and to top it all off, a pedigree to back it up!”

“Dam is also the mother of numerous stock rams including our senior stock ram Loanhead Scotsman who needs no introduction.”

‘I want to make it more feasible for farmers to invest...