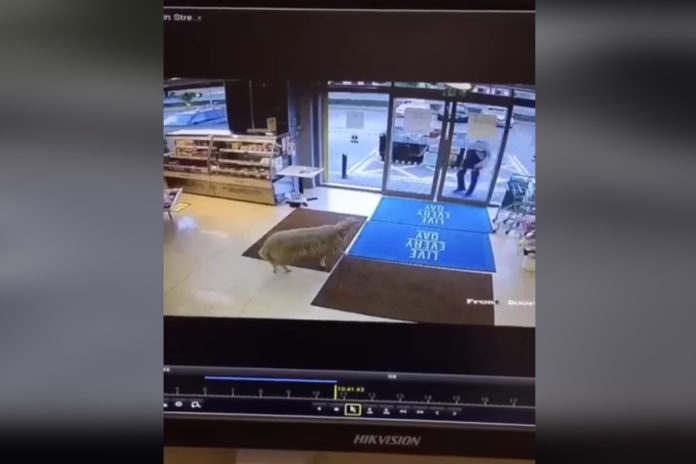 Raftery’s Centra in Claregalway was visited recently by an unusual customer.

A ewe had managed to break free from her holding and made her way into the shop.

The ewe, who was clearly not fearful of human interaction, took some persuasion to leave the shop.

She then proceeded to run down the N17 Galway-Sligo road before being caught by a member of the public.

A local source told That’s Farming that the farmer eventually arrived on the scene and took the ewe back home.

The video of the incident was shared on the shop’s Facebook page, with the caption “Not our “ewesual” customer in today”