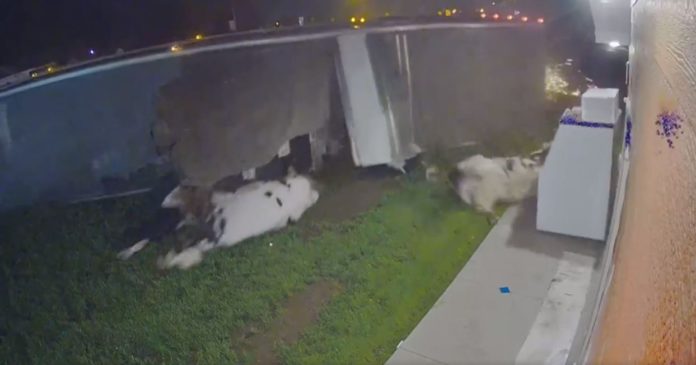 The incident occurred when the driver failed to negotiate a curve in the road, according to a spokesperson for Neligh Police.

The semi then struck a streetlight, fire hydrant, and a sign. It has been reported that the driver sustained injuries.