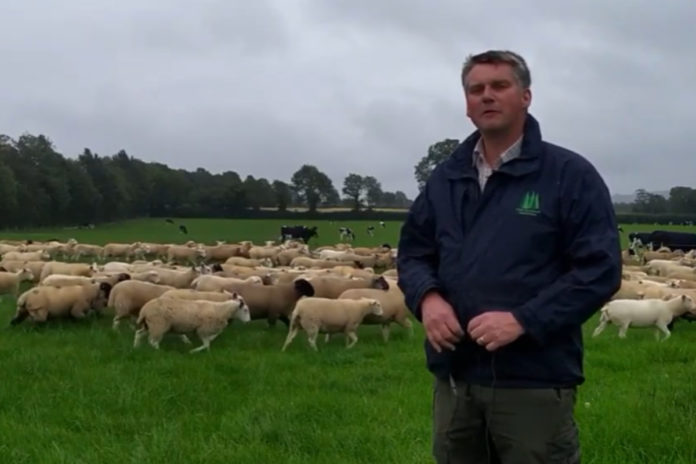 Because of Covid-19 restrictions, the 2020 IGA sheep farm walk is taking a slightly different approach for 2020, by hosting a virtual online event.

This year from August 19th-August 21st, the association will be releasing a series of short video clips across its YouTube, Facebook, Twitter and website, where they will revisit three previous host farmers; William Hutchinson, host farmer from 2011, farms in Co. Kilkenny, Ned Morrissey is farming in Co. Waterford and hosted the IGA sheep event in 2015 and John Bell, hailing from Co. Westmeath, host in 2017.

“Thus far, 2020 has thrown each of us many curveballs, but we will bring you an insight into how each of these farmers are dealing with 2020 and how their farming system has progressed since our initial visit.”

Farming in Kells, Co. Kilkenny, 2011 host farmer, William Hutchinson and his family farm 120 ha of owned land with a further 27 ha leased in an adjoining block.

Since 2012, there have been 2 major changes to the farm system. The move towards the Easycare breed and the bull finishing system has been replaced by a dairy heifer rearing contract.

A major objective on the Hutchinson farm is to focus on a low-cost grass-based system producing vigorous lambs in order to maintain a sustainable farming enterprise.

The farm has a clay soil but tends to suffer from drought in the late spring/ early summer period, while being heavy and susceptible to poaching in winter.

Changing sheep genetics has reduced labour per ewe, while increasing lamb output to ensure a profitable and sustainable farm business into the future.

In 2011, William had purchased his first Easycare ram in order to investigate the suitability of the breed to his system.

Since then, the commercial flock of 550 ewes has changed almost entirely to the Easycare breed with the target of the entire flock being Easycare in the future.

William cites a number of reasons for this decision: reduced labour as the breed sheds and does not need to be shorn, no requirement for treatment of flystrike, exceptional mothering ability of the ewe and the high quality of the lambs, which all grade as Rs and have a higher kill-out percentage than the traditional breeds.

There has been growing interest from other farmers wishing to purchase Easycare ewe lambs in recent years due to the success of the breed.

This spring, lambs were weaned 2-3 weeks earlier than usual, due to lower grass growth and the need to reduce demand for grass on the farm.

William attributes this to high DM % and high-quality grass, no parasite challenge due to lower rainfall and as a result of the grass being tight, creep was introduced 10 days prior to weaning.

As a result, William noticed there was no check to lamb growth following weaning.

It is managed similarly to the commercial flock and pedigree ewes receive no preferential treatment.

No creep is fed to lambs unless where ewes are rearing triplet lambs or in a drought situation such as this year. Pedigree rams are on grass only prior to selling with no additional feed.

William places a strong emphasis on animal recording in LambPlus with Sheep Ireland for both the commercial and pedigree flocks.

It provides invaluable information on his decision-making regarding breeding and selection of his replacement lambs.

He explained that dry springs at sowing have compromised the crops and he feels that going forward autumn-sown crops might yield better results on his farm.

He has had success with the hybrid brassica, Redstart, which he sows in April and begins to graze in mid-to-late-June with the heaviest ram lambs.

Three to four grazings are completed with ram lambs drafted off the crop to slaughter and a further grazing is taken in February with pregnant ewe-lambs prior to sowing the field to a spring cereal.

In recent years, approximately 300 ewes are grazed off-farm during the winter on a cover crop of a nearby tillage farmer.