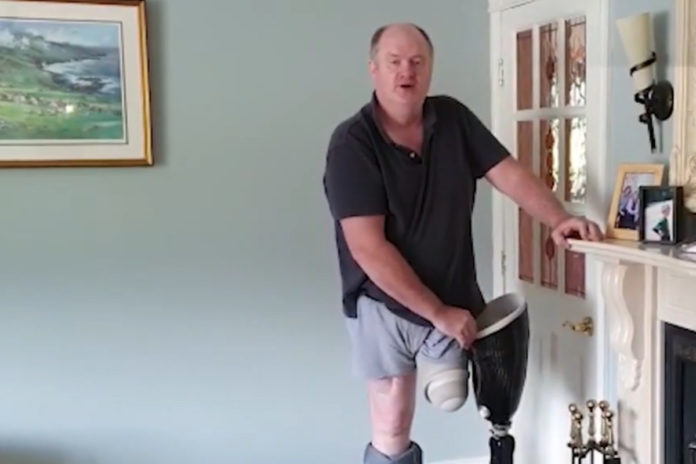 VIDEO: ‘There’s a culture on our farms and it’s killing us’

Representatives from some of Ireland’s key safety, farming and community organisations have come together to deliver a strong message aimed at reducing the number of fatalities and serious injuries on Irish farms.

The #SpeakUp for #FarmSafety video is calling on the public to help reduce farm accidents and fatalities on Irish farms.

The Health and Safety Authority (HSA), Irish Farmers’ Association, Embrace FARM, AgriKids and An Garda Siochana have joined forces and are calling on everyone to help change the culture they believe is a contributory factor in the rate of fatal and serious injury on Irish farms.

#SpeakUp for #FarmSafety is asking the public to speak up for farm safety if they witness or see unsafe behaviour that has potential to cause death or injury.

Those who are concerned are being urged to say it when they see it or if they would prefer, to pass their concerns to the HSA through their newly launched online complaints platform here.

The initiative is a reaction to recent posts of dangerous behaviours on farms put up on social media and concerns expressed by the IFA, Farm Contractors, and regulators such as the HSA and An Garda Siochana.

Other organisations such as the charity Embrace Farm and social enterprise AgriKids have also been contacted and expressed similar concerns in relation to these unacceptable activities.

“We have had so much death & injury and so much grief in our farming communities, so it was heartening to see the public reaching out with their concerns.” recalls Alma Jordan of AgriKids.

“The recent Tik Tok videos have been something of a watershed moment for people and they seem less willing to turn a blind eye.”

“In fact, I would say the public are growing less tolerant of this behaviour and for the first time the culture that flouts the safety and wellbeing of our rural communities is being challenged.”

‘A disservice to all involved in farming’

Recognising a need to ensure these activities were followed up on, Alma Jordan of AgriKids hosted a meeting involving Embrace FARM, Ireland’s farm accident support network along with Pat Griffin, senior inspector for agriculture with the HSA where the idea to run a dedicated counter campaign was agreed.

“The HSA are fully behind this initiative, which asks, all in the farming community to “Speak Up” for farm safety.” says Pat Griffin.

“The dangerous behaviours posted by a small minority is not representative of the farming community and does a disservice to all involved in farming.”

“Farming is now a difficult, complex, challenging and often a hazardous way to make a living. The last thing farming needs are these posts normalising dangerous practices.”

Portraying these activities as fun, he added,  is unacceptable and may encourage young inexperienced members of the farming community to copy or try to outdo them, which may lead to horrific injuries or death. “This activity needs to be completely stamped out.”

“Back in early March, I had come across some videos on Twitter that were very worrying.” explains Brian Rohan, Co-Found of Embrace FARM.

“Some involved children. Posts such as this contradict the work being done in farm accident prevention and bring back many painful memories to those who have lost a loved one to a farming accident and those who have been injured.”

“This campaign will not only serve to empower people to speak up but also to deter others not to post harmful videos and images on social media.”

‘Help to end the grief for our farming communities’

Gardaí from the community are very often first on the scene after a farm accident.

Sgt Edel Burke from Kilrush Garda Station has also lent her support to the campaign.

“I cannot tell you the devastation we face when arriving at the scene of a farm accident nor what those families are going through,” explains Sgt. Edel Burke.

“By collaborating on this campaign not only can we, as a society, help to reduce the rate of farm accidents but we can also help to end the grief for our farming communities.”

The recent restrictions caused by Covid-19 correctly predicted the possibility of a spike in child fatalities.

‘One clear voice, one clear message’

So far, 14 deaths have been recorded and three of these were to children, according to data.

Behaviours such as those seen on Tik Tok and other social media platforms were slammed as “grossly irresponsible” by the IFA and they too are supporting the campaign.

“The time has come for all groups that are working on farm safety on behalf of farmers to have one clear voice, once clear message.”

“That message is all farmers have a responsibility to look at farm safety on their farms, protect their families and protect people coming onto their farms.” He concluded.

If you would like to submit a concern to the HAS, you can do so here