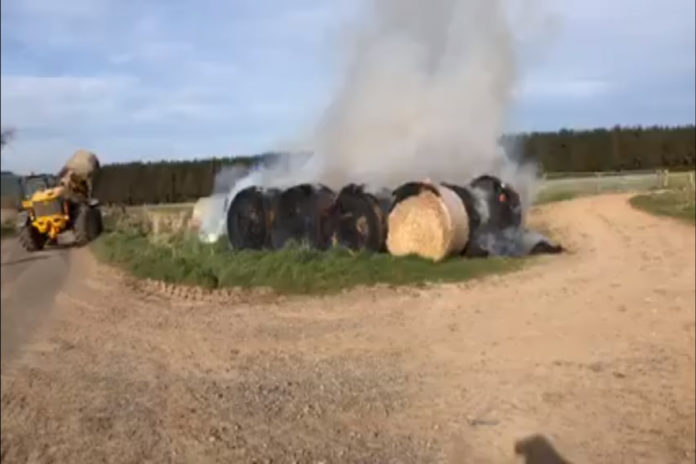 A farm in Forfar, Scotland, has recently fallen victim to an arson attack, after a number of bales of straw were set alight.

The owner of Newton Farm Holidays & Tours released a video of their attempt to save the bales, saying she was in disbelief that someone would do such a thing.

“We are farmers who are fighting every day, working every single hour that god sends to produce food for this country, and you get people that come and do this. It is so inconsiderate.”

“It’s just heartbreaking when you work so hard. We have hardly had any sleep for lambing and then people come and do this. I am absolutely raging.”

The economic impact that this could have on their farm could be substantial, especially during the current crisis farmers are faced with.

“Thanks for just throwing our money away, like we have so much to spare. Not. I don’t think anyone realises, unless you’re in farming, how little margins there are and how little there is to survive.”