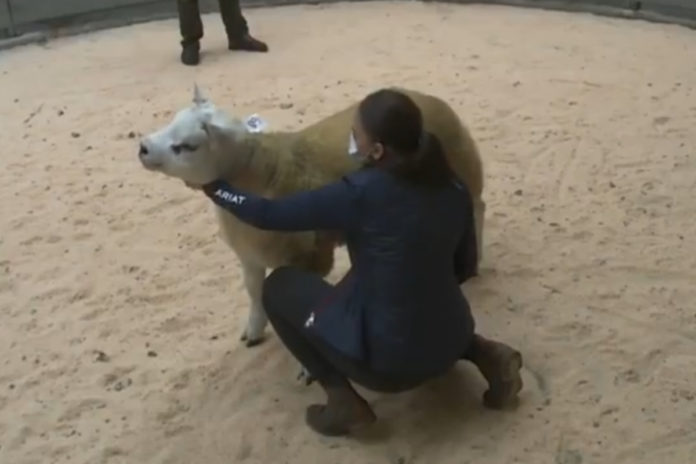 A Texel ram lamb has set a new UK record for a sheep after selling for 350,000gns.

Sportsman Double Diamond, the “most talked about lamb of the year” set the trade “alight”, according to the British Texel Sheep Society.

The 65,000gns Garngour Craftsman son, who is an embryo-bred lamb from a ewe lamb flushed last year, went under the hammer at Lanark on Thursday (August 27th) and was sold by Charlie Boden.

The subject of much pre-sale speculation and a “crowd puller” from the moment he set foot in the market, Double Diamond carries an index in the top 1% of the breed and was met with an opening bid of 10,000gns.

‘We need an honest, robust debate about the future of our suckler herd’

Tuam Mart to hold charity auction in memory of auctioneers

‘Beyond our wildest dreams’ – Laois farmers who bred €18k heifer