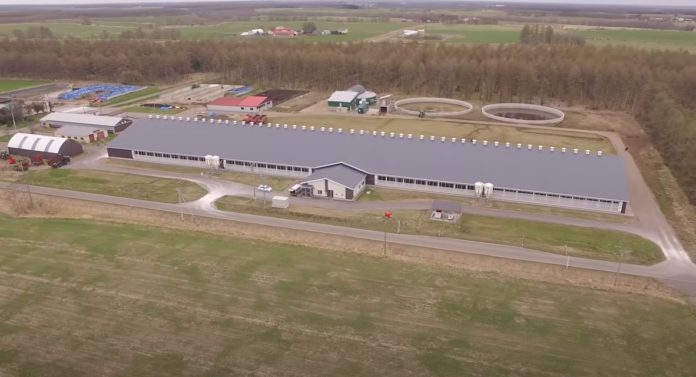 Farm Daichi no Shizuku, Bekkai, Hokkaido, Japan is home to a 600-cow herd.

Kouichi Urayama oversees the running of the farm, which has expanded following the installation of a robotic milking system.

“On average, we produced around 2,500 tonnes of milk a year. One thing that has changed.”

“One thing that has changed since introducing the robot is that previously we spent a lot of time milking on our farm.”

“By reducing this, we’ve created space to improve quality in other areas, and been able to catch up on tasks that we hadn’t been able to do, since we only had time for the bare minimum.”

The same staff members now dedicate their time to calf rearing and management, with 330 cows milked by a system operated by three people.

Since investing in a robotic milking system, the farm has witnessed improvements in milk yields and reduced stress levels for cows.

At the time of this video, which was released in March 2019, the current yield was around 37kgs of milk per day per cow with a total of 13 tonnes per day.

“After one year, I want to be able to produce around 5,000 tonnes of milk, doubling our yield. The year after that, I hope to increase this to around 6,000 tonnes per year, meaning an extra 1,000 tonnes.”

“When we produce 6,000 tonnes, I want to have 8 robots installed, which is the maximum capacity of our cow barn.”

- Advertisement -
Previous article
PHOTOS: 26-acre farm guided at €125,000
Next article
‘There is not enough profit to be made with a herd of 20 suckler cows’