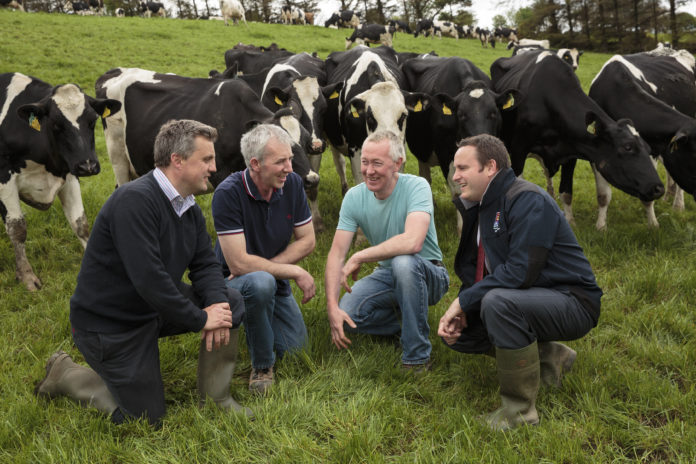 In 2016, Conor Creedon, from Co. Kerry hosted the Irish Grassland Association’s dairy summer tour on what turned out to be the warmest day in the year.

With a theme of milk production on more challenging soils, he farms on an elevated site rising up to 300 metres above sea level. His farm typically receives almost 2 metres of rainfall per annum.

Unusually, the milking platform has a shallow topsoil over a gravelly subsoil which, while free-draining, is hungry for lime, phosphorus, and potash.

With restrictions prohibiting large gatherings from taking place, the Irish Grassland Association’s Dairy Summer Tour will take an on online format this July.

Revisiting three farms that hosted the event from 2014 to 2016, video clips from the farms airing on Twitter and Facebook from Monday to Wednesday, July 20th – 22nd will look back at where the host farmers were at the time they hosted the tour, where they are now and where they see themselves going in the future.

Then on Thursday, July 23rd, all three hosts will join the Irish Grassland team and sponsors, AIB, for an online meeting to answer questions about the direction that their farms have gone and about their plans for the future.

- Advertisement -
Previous article
Will face coverings be made mandatory in livestock marts?
Next article
PHOTOS: 4-bedroom residence with outbuildings on over 15-acres for sale