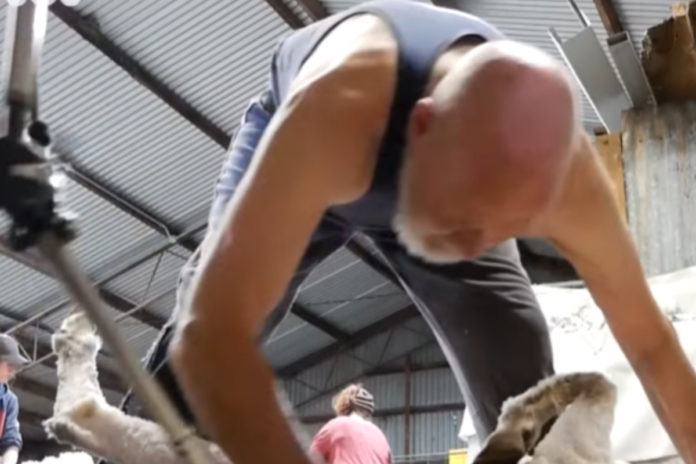 He works full-time, shearing 160 sheep daily and can turn out a fleece in under three minutes, according to ABC Landline.

He has been shearing for fifty years and never misses a day’s work.

He told the publication that his secret to his success is having a strong back.

ABC said: “Butch reckons his time is up. Come Christmas, he’ll hang up his handpiece, but he’s not throwing in the towel, or giving it away… not yet.”

“He’ll still keep his hand in, adding to his tally, looking for the shearer’s perfect sheep, his last one.”

- Advertisement -
Previous articleSilage weather this weekend?
Next articleFarmer shares his experience of Covid-19