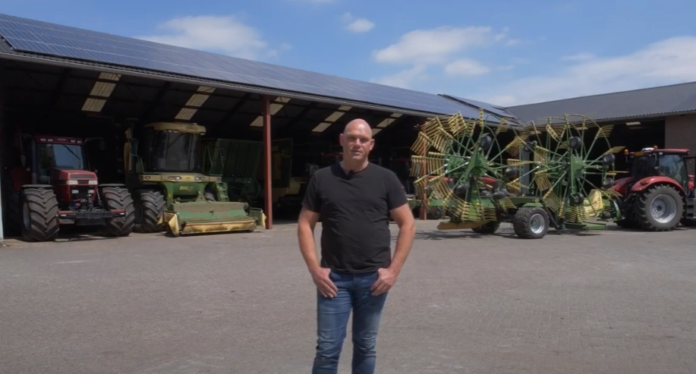 Krone is celebrating the 20th anniversary of its BiG X with a series of testimonials from various countries, in which their customers share their experiences.

Husband and wife team, Bertjan and Erica Slaghekke, who run a contracting business, established in the late 1950s, feature in their latest video.

They provide services mainly to dairy farmers and have 15 permanent employees, with some self-employed workers and seasonal helpers.

“My father-in-law originally started with collecting milk barrels and that developed into the company as it is today,” Bertjan explained.

Slurry, grass and maize for dairy farms accounts for 70% of the family-run firm’s turnover.

“The number of bales we produce is more or less 8,000, mostly square bales, but also still about 3,000 round bales each year I think.” he added.