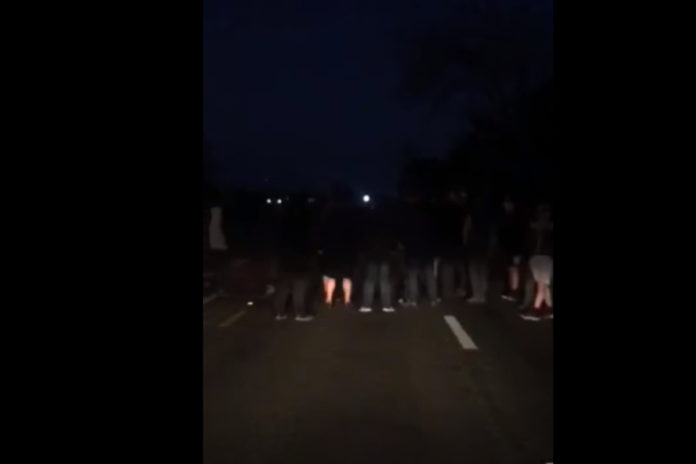 Local residents of the Carrowbrowne area in Co. Galway recently held a roadside protest on the N84 Headford Road.

Those involved were protesting COVID-19 Garda checkpoints in the area.

A garda spokesperson reported that “Gardaí attended the scene and brought the matter to a peaceful conclusion”.

“An Garda Síochána in Galway has been working closely with Health Service Executive and Local Authority Officials to ensure public safety during this pandemic,” they added.

The Galway County Councillor reported that the blockade prevented an ambulance from passing through until such time that Gardaí were able to get the situation under control.

A video of the incident has been circulating social media, leading Charity to make a statement on the matter.

He revealed, “I’m advised that a number of nurses going to work, and one on their way home after completing a long shift, were also prevented from proceeding along the road.”

“I want to make it clear that this is entirely unacceptable and is not condoned by the wider area. The Gardaí have been doing an incredible job and are there for everyone’s safety and benefit during this national crisis and perfectly upholding the laws.”

“Everyone is in this together and we must all play our part to prevent the spread of Covid-19,” he concluded.