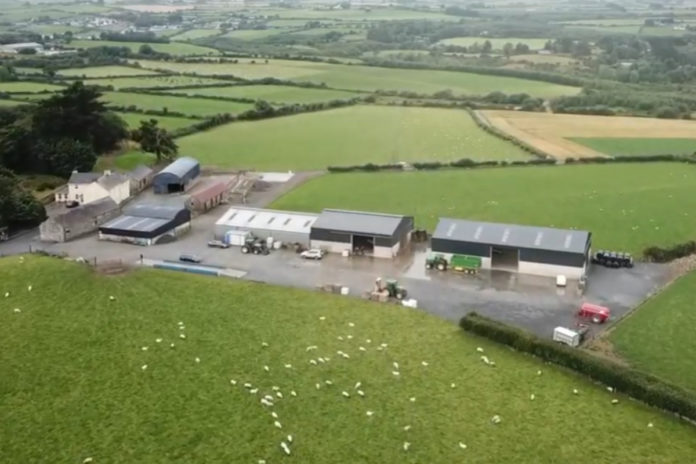 Because of Covid-19 restrictions, the 2020 IGA sheep farm walk is taking a slightly different approach for 2020, by hosting a virtual online event.

This year from August 19th-August 21st, the association will be releasing a series of short video clips across its YouTube, Facebook, Twitter and website, where they will revisit three previous host farmers; William Hutchinson, host farmer from 2011, farms in Co. Kilkenny, Ned Morrissey is farming in Co. Waterford and hosted the IGA sheep event in 2015 and John Bell, hailing from Co. Westmeath, host in 2017.

“Thus far, 2020 has thrown each of us many curveballs, but we will bring you an insight into how each of these farmers are dealing with 2020 and how their farming system has progressed since our initial visit.”

Operating a highly stocked farm alongside a tillage enterprise

Ned Morrissey, the 2015 host farmer, is farming with his family in Ballybrennock, Dunhill, Co. Waterford.

Ned farms a mixed sheep and tillage enterprise on approximately 100-owned acres in addition to a further 500 rented acres, which is primarily used for tillage.

There is a range of crops grown on the farm including winter barley, winter wheat, spring barley, spring wheat, fodder beet and maize, although this can alternate from year-to-year.

The sheep enterprise, based on the 100-acre owned farm block, is run as a mid-season lamb production system with the aim of finding the best balance between maximising output and reducing labour input.

The flock consists of 450, mainly Suffolk-X-Belclare, ewes which lamb from mid-March onwards. Stocking rate on the grassland area is high at 13 ewes/ha with an equally impressive weaning rate of 1.6 lambs/ewe being regularly achieved.

Grassland management is a top priority with a strong emphasis placed on utilising as much grass within the diet as possible.

A paddock system and a planned reseeding programme in conjunction with the fodder beet help to maximise the use of grass on this farm.

There is a strong focus on reducing labour on the farm with all ewes out wintered on fodder beet during mid-pregnancy (November – January) before twin ewes are turned onto saved grass prior to lambing outdoors thus reducing the need for concentrate supplementation.

Ned finds this method of out-wintering plus outdoor lambing works for him, but he emphasises the importance of assessing ewe body condition regularly and ensures that any thin ewes or ewes falling behind are brought indoors for additional feeding pre-lambing.

All single and triplet ewes are housed pre-lambing and lambed indoors to enable cross-fostering. This is crucial as scanning litter sizes of 2.0 lambs per ewe are being achieved year in, year out.

There is a strict ewe culling policy operated on the farm with all ewes that have significant lambing difficulty, health issues or fail to hold body condition identified via a tip-tag throughout the year.

According to Ned this a vital as “all ewes that are tip tagged were done so for a reason so there is never a question asked over these ewes and they are removed from the flock post-weaning”.

All lambs produced on the farm are either finished and sold to a local butcher or retained as replacements.

Ned has also recently tried an Ile de France ram with his first lamb crop on the ground this year.

Given earlier drought conditions this year, lambs have been weaned approximately two weeks earlier than other years and in order to hold grass supplies for lambs, creep has been added to their diet to extend the available grass supply.

While conditions have not been ideal, Ned is thankful for the lessons learned in 2018 and said it has stood to him confidently managing the situation this year.

‘Currently, it is not about making a fortune; it is about...