That's FarmingThat\'s Farming Irelands Largest Farming News, Properties and Classifieds Network
HomeFarming NewsVIDEO: ‘I did get to speak to the Minister for Agriculture, but... 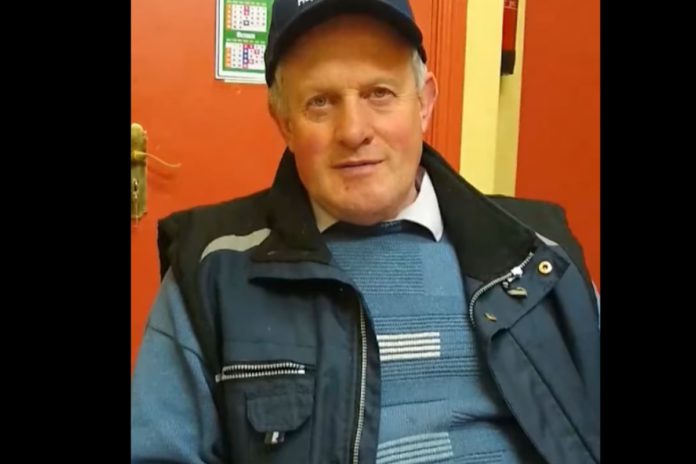 VIDEO: ‘I did get to speak to the Minister for Agriculture, but it seems it has fallen on deaf ears’

A video of a mart manager making an emotional appeal following the implementation of level 5 restrictions has garnered just under 200,000 views.

Level 5 restrictions came into effect at midnight last Wednesday. Under level 5 restrictions, mart sales are held online-only with no buyers or sellers allowed into the sales ring, therefore, business must be conducted remotely.

Dan McCarthy said last Thursday was “one of the toughest days that I have ever put down, as manager of Kenmare Mart”.

He has since been in contact with Minister for Agriculture, Food, and the Marine, Charlie McConalogue.

In a video yesterday (Monday, October 26th), the Kerry native said: “I would like to take this opportunity to take each and every one of you for your support during the weekend. I did get to speak to the Minister for Agriculture on Saturday night at 10:30pm for 30 mins.”

“We had a lengthy conversation during which I expressed my concerns and those of the farming community in relation to the current level 5 restrictions which have been imposed on marts.”

“I would like to thank each and every one of you who made contact with public representatives to highlight this issue.”

“We discussed what would work and wouldn’t, but, unfortunately, it seems it has fallen on deaf ears. We will have to keep trying.”

“Our sheep sale was about half the sale it was this time last year. I suppose with restrictions, with people worried that they wouldn’t be able to get them sold. So, hopefully, things will change, and we will have men back at the ringside next week.”

“But if not, we will keep doing our best and let everyone stay safe.”

Livestock mart sales will continue using online-only platforms, the Department of Agriculture, Food, and the Marine confirmed in a statement on Sunday evening.

On Saturday, one of the three main online systems used by marts had a problem that led to a delay in sales in 16 marts.

“The problem was resolved after approximately 2 hours and sales were able to resume. 26 of some 30 mart sales that took place across the country on Saturday completed their sales, while four marts were reported as having cancelled.”

“Department officials have been in contact today with each of the system providers, and all have reaffirmed their commitment to taking all necessary steps to avoid any reoccurrence of such problems.”

“The unprecedented numbers of people viewing and bidding on the mart online systems, and the speed at which farmers have adopted the new technology, has meant that some have had to build extra resilience into their systems.”

“While it is too early to draw any definitive conclusions, to date, mart trade via the online-only systems for cattle and sheep remains good, with mart clearances of up to 95%, and a continued steady trade as has been the case in many marts this autumn.”

“Every aspect of the situation in relation to marts will be kept under review over the coming period.” the spokesperson concluded.

- Advertisement -
Previous article
VIDEO: Herd of 85 cattle run through street of town
Next article
Mart Quiz: Are you a judge of weanling prices?