That's FarmingThat\'s Farming Irelands Largest Farming News, Properties and Classifieds Network
HomeFarming NewsVIDEO: ‘I bought 28 hoggets and 12 of them aborted, so I... 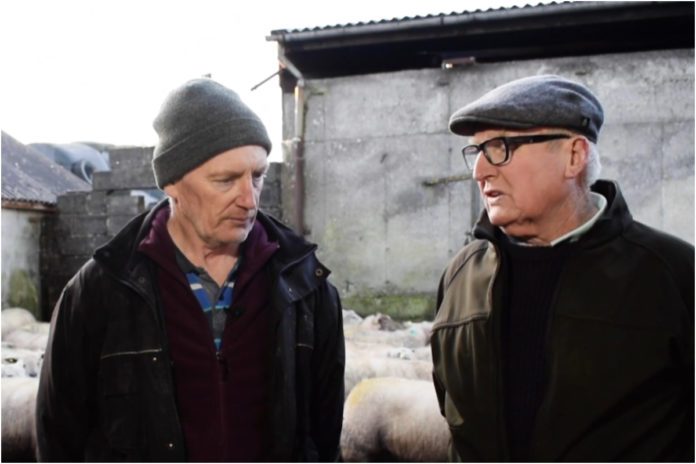 VIDEO: ‘I bought 28 hoggets and 12 of them aborted, so I started vaccinating’

A serious abortion outbreak on Bernie Geraghty’s sheep farm prompted him to begin vaccinating his flock.

He runs a flock of 140 ewes and 25 replacement ewe lambs at Doon, Kilconnell.

“I bought 28 hoggets and 12 of them aborted. That wasn’t a nice feeling, so then I started vaccinating.” explained the sheep farmer.

“I keep my own replacements now and I vaccinate hoggets every year. I am told one vaccinate is enough for their lifetime here anyway.”

Bernie is participating in an information and awareness campaign run by XLVets, in conjunction with MSD Animal Health, which manufactures vaccines for the control of both toxoplasmosis and enzootic abortion.

Prevention is better than cure, as with most diseases, especially with abortion in sheep – that is the advice of veterinary practitioner, Conor Geraghty of Geraghty and Neary Veterinary.

“Abortions generally happen at the start of lambing, so every outbreak starts at one.”

“Abortion rates less than 3% are not considered an outbreak. It is important that if you have an abortion to test that material straight away in case you have more in the coming days.”

“The main issues with abortions are the losses, dead lambs, you can lose some ewes too due to septicaemia, the labour intensity of it, trying to lamb ewes that are aborting, as well as trying to keep alive weak lambs, has serious impacts on farms.”

“By the time lambing starts properly, a lot of farmers are fatigued already and, therefore, will take their eye off the ball for the main lambing crop.”

“In addition, overuse of antibiotics, because of abortion, is a problem and often times, we have to blanket-treat the entire flock with antibiotics in cases where we have enzootic abortions.” he added.