That's FarmingThat\'s Farming Irelands Largest Farming News, Properties and Classifieds Network
HomeBeefVIDEO: How to reduce the time interval between calving and going back... 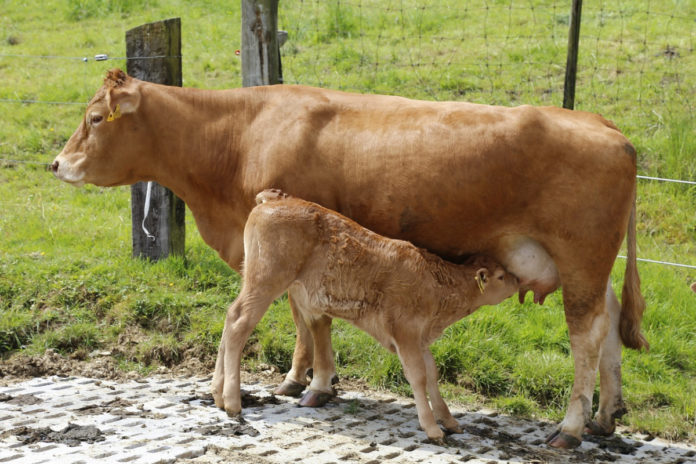 VIDEO: How to reduce the time interval between calving and going back in-calf

The period from when a cow calves to when she shows the first sign of heat is known as the anoestrus period.

Professor David Kenny of Teagasc Grange explains why suckler cows are slow to return to breeding after calving and how farmers can reduce the time interval between calving and going back in calf.

The first reason he discusses is the cow-calf bond, which suppresses the GnRH and LH hormones that are needed for a cow to begun cycling again.

“In many herds, 30-40% of beef cows will still be anoestrus, or non-cyclic, at up to 60 days after calving. The maternal bond, which is primarily based on sight and smell, suppresses the release of hormones from the brain. This is the reason why beef cows are slower to resume their oestrus cycle than their dairy contemporaries.”

The body condition score (BCS) will also have an impact on the reproductive activity in the cow.

“Another factor in the length it takes for a cow to resume cycling is her fat reserves, known as body condition score. It is assessed manually by feeling the subcutaneous fat cover of the loin, the pin bones and along the rib cage.”

“Teagasc studies show that a cow that’s in moderate to good condition at calving will resume normal heat cycles three weeks earlier than their contemporaries that calve in poorer condition, for example, a BCS of less than 2.5.”

Kenny advises that “Farmers should regularly check the body condition score of their cows during the dry period. Cows in low BCS, less than 2.5, should be prioritised for additional feeding. The target BCS is 3 at the point of calving. Cows calving from March onwards can afford to calve at a slightly lower BCS, around 2.75.”

The Professor in Teagasc Grange concluded by saying other factors causing an extended anoestrus period include the time of the year at which they give birth, as well as their exposure to a bull.