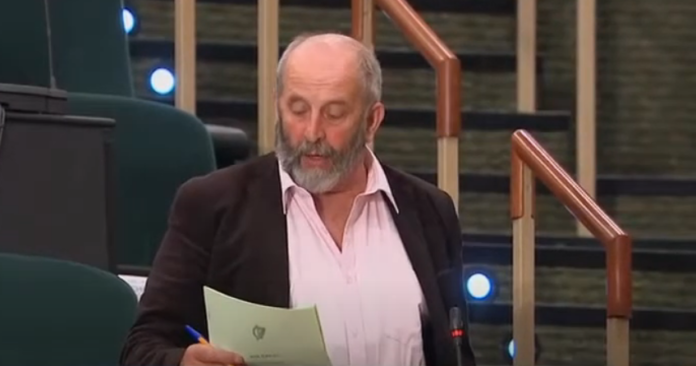 Independent TD, Danny Healy-Rae, has accused the government of discriminating against rural publicans and citizens.

He made the statement in Dáil Éireann on Thursday, July 16th, following an announcement that pubs that do not serve food will not re-open from next Monday as planned.

The government’s roadmap for re-opening society and business originally outlined that such premises would re-open under phase four with effect from Monday, July 20th.

Only pubs that serve what is regarded as a “substantial meal”, valued at a minimum of €9 are open for business.

Addressing Tánaiste, Leo Varadkar, Healy-Rae, said: “Tánaiste, you are the Tánaiste for all the country, not just Dublin. If the public health officials don’t understand rural people and rural publicans, you should.”

“It is fairly foolish to think that the virus can know whether you eat your dinner with your pint or not.”

“The people I represent, generally the most of them, eat their dinner in the middle of the day and the virus, I believe, doesn’t know whether you’re eating your meal with your pint or not.”

“It is fairly foolish to think that this is the story that is preventing us and rural publicans right around rural areas from re-opening.”

“Ye are discriminating against rural publicans and rural people.” the deputy concluded.