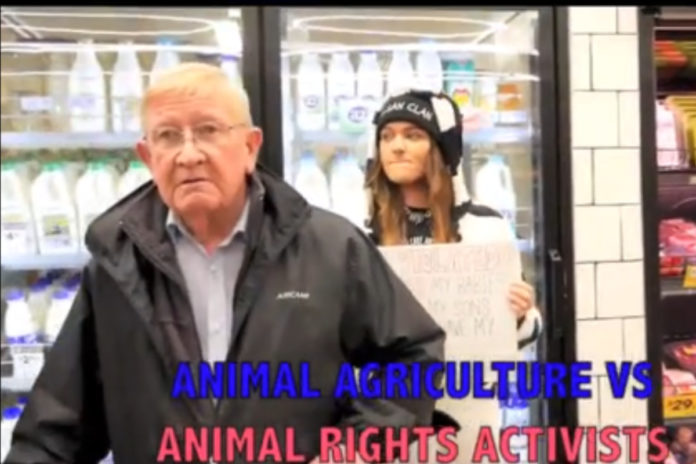 A video of an encounter between a farmer and an animal rights activist in a supermarket in Australia has gone viral on Tiktok.

26-year-old Tash Peterson is best known for her public protests against farmers and meat consumption.

In her latest public ordeal, she stood in front of a milk display in Woolworths supermarket wearing a cow suit and holding a sign with the following message: ‘I was violated, they took my babies and my sons, so you could have my milk’.

In the video, Peterson can be heard talking to the farmer: ‘Excuse me, can you please stay away from me?’ to which he said ‘no…no’.

An individual can be heard saying: ‘I think this is deliberate’ to which the farmer said, ‘I am deliberate’.

She claimed she turned to veganism when she became “aware of the inherent cruelty within facilities that exploit and murder animals for their flesh and secretions”.

She believes that animal agriculture “thrives in secrecy and uses misleading labelling and language to market their animal products to consumers, which leads them to believe that they are purchasing ethical products”.