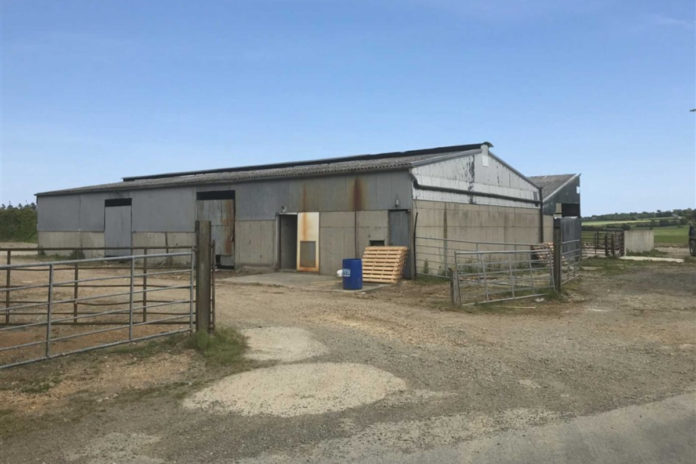 A circa 77-acre holding with a range of sheds and outbuildings exceeded its guide price when it went under the hammer on Wednesday, July 8th.

The sale of the property at Ballyorley Lower, Ferns, Co. Wexford marked the resumption of Quinn Property’s auction schedule following the impact of Covid-19.

Initially due to take place in its Carnew office, the auction was relocated to the main ring at Carnew Mart in order to “facilitate proper social distancing for what was a substantial turnout of fifty people”.

Prior to the auction, the firm’s David Quinn said the lands enjoy extensive frontage onto a local road and are laid out, generally, in three divisions with currently about half the farm in grass, and the remaining half in tillage.

The land, he added, is free-draining and of excellent quality, suitable to most agricultural systems. In addition, the holding contains a yard with a range of sheds and outbuildings.

He outlined that the holding was operated as a dairy farm for a number of years and is ideally set up to return to dairy production.

The land was offered in the following lots:

On the day of the auction, bidding for lot 1 peaked at €550,000 with three active bidders.

“With plenty of activity, a final offer of €1,120,000 was made and the hammer fell. The purchaser being an adjoining dairy farmer.”

Speaking after proceedings, auctioneer, David Quinn, described the outcome as “a vote of confidence in the local agricultural property market”.

He also reported a large number of disappointed interested parties in the room, who never got the opportunity to bid due to the brisk bidding and the strength of the price obtained.