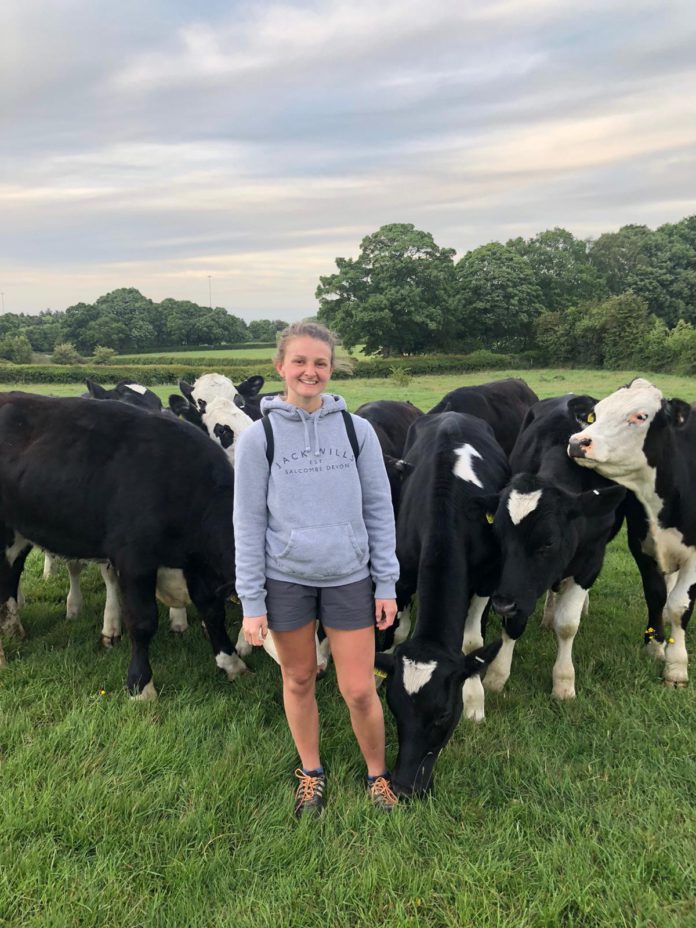 VIDEO: Celebrating the role of women in agriculture

In celebration of #Farm24, a trio of young farmers have launched a video to raise the visibility of women in the sector.

Kathryn Taylor, Ruth Parkes and Chloe Dunne met over social media and, united by their passion for the industry, cultivated a plan to create a social media initiative highlighting the work of women in farming.

They said: “Women are playing an increasingly diverse role in modern agriculture systems, and it is a fantastic time to be involved with agriculture.”

“Although it is a traditionally male-dominated industry, there’s an abundance of opportunities out there for women and it’s up to us to get out there and take them.”

Ruth and Kathryn, founders of the successful #Agriwomen24 hashtag, said: “The internet is becoming a popular place for women in farming to connect.”

“We’re proud to play a part in providing a safe and comfortable environment that women feel they can share their farming journey.”

Chloe, who began collaborating with the pair on projects after talking about synergies with her PhD research project documenting the role of women in UK agriculture, added: “Providing industry with robust insights into how supporting women can benefit the whole sector is really important.

“Ruth and Kathryn have done a fantastic job with the #Agriwomen24 hashtag and I thought a video could be a good way to build upon this success and help to showcase the diversity of roles women undertake.”

“Visibility is a big part of my research. Women represent 55% of family farm labour, but just 16% of farm holders and managers (Defra Statistics).

“We thought getting women involved in making a video – and describing their roles in their own words – was a great way to spread this message and highlight the work that sometimes isn’t recognised as much.”

The trio issued a call-to-action over social media seeking like-minded women to get involved and film their own clips for the compilation.

They say it was important that the video was “all about inclusivity” and they wanted to stress the fact that is no ‘right’ or singular role farming women undertake.

“From driving machinery, to managing stock or raising a family, we wanted to give a glimpse into the varied lives of just some of the women working in agriculture.”

The young farmers then asked women to pick a role or quality they felt described their position in agriculture and film a short clip of them saying this which would be edited into a video compilation.

They said: “We made a couple of social media posts explaining what we wanted to do and the response has been incredible.”

“The women taking part are from a real mix of backgrounds – from arable, dairy and livestock farmers, to fruit growers, accountants, directors, consultants and land agents. We’ve even had videos sent across from Australia and New Zealand.”

The trio explained: “As more women are becoming involved within agriculture, we want to help promote that.

“We hope this video will show people that there are exciting opportunities out there, and agriculture is an interesting and progressive industry to work in.

“We hope #Agriwomen24 will become a much-featured hashtag across the world and connect more farm women globally.”

On researching the role of women in farming and using this evidence to gain practical support, Chloe added: “Having robust insights into the roles and contribution of women in UK agriculture is an exciting area of research.

“Going forwards, I hope to use social media to connect more women and organisations with this research, to ultimately deliver benefits to the sector as a whole.”