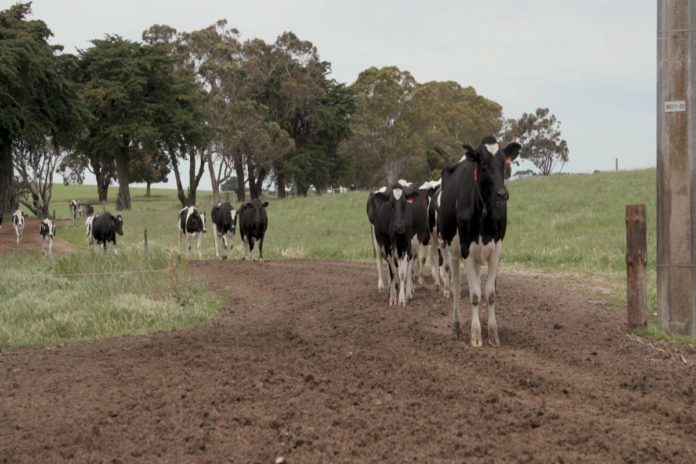 The Clark family installed a number of Lely Astronaut A5 robotic milking machines in 2018 and after a year, they can see the benefits. They were surprised by how quickly the cows adapted to the robotic milking system.

“The transition from the old dairy to the new dairy was surprisingly good and surprisingly quick. Because we’re a pasture-based system, the cows are used to coming and going.”

“The only difference was teaching them or allowing them to learn for themselves to come at any time of the day or night when they felt like it. They took to it amazingly well.”

Just like the cows had to get used to the machine, so did the farmers. The T4C interface on the Lely machines was new to them, but they’ve been delighted with all the information they have access to.

“With the T4C, it’s very user-friendly once you get your head around it. It takes a couple of days to work out how to find things but the data that you can get out of it is very good.”

The information that the interface can feed to them has allowed them to cut some costs around the farm. “We’ve been able to cut away all our pregnancy testing, which a vet used to do. We pretty much solely use the data with the activity to work out if cows are in-calf or not.”

The health of the animals has changed for the better since the arrival of the robots. “Cow health has certainly improved, especially with lameness.”

“We think that’s due to in the old shed we used to push all the cows into the one-yard all the time and they were standing on the concrete for a long time.”

“The cows are a lot calmer, a lot quieter. We’ve always had quiet cows, but this system allows them to come and go as they please.”

Automatic milking has allowed them more flexibility and it has reduced their labour requirement.

“We couldn’t get away from the conventional dairy, we really needed two of us here all the time.”

“Lely robots provided a way for us to milk the cows and one of us could be somewhere else, spending time with our families. We couldn’t do that in a conventional system,” they concluded.